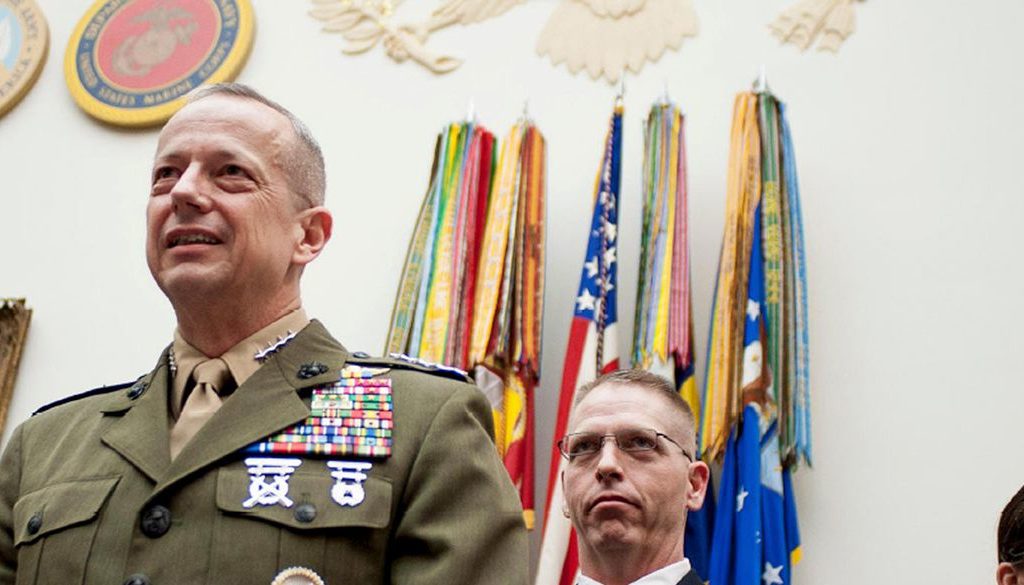 The Cognitive AI Movement Has a New Weapon

In a 2015 speech delivered at the Willard Hotel, Deputy Secretary of Defense, Bob Work, explained how the U.S. military was embarking on a major program.

The new program is focused on driving innovation, cutting down development cycles, and maintaining the country’s edge over current and future adversaries.

The strategy, dubbed “The Third Offset,” relies on fast prototyping cycles and an embrace of bleeding edge technology.

A pillar in this strategy is an increased reliance on AI algorithms.

(Watch: General John Allen on what’s at stake in the AI arms race)

More than ever, the Department of Defense understands that military superiority is a function of technological capacity.

It is perhaps no surprise that one of the United States’ most respected and accomplished war-time military leaders, U.S. Marine Corps General John R. Allen (USMC Ret.), recently announced that he was joining the Board of Directors of leading artificial intelligence firm, SparkCognition.

“Today, our country faces a great many challenges, but perhaps none as significant as the rapidly evolving cyber threats that compromise our nation’s critical infrastructure.”

General Allen’s list of credentials is impressive. He was commander of the International Security Assistance Force (ISAF) and U.S. Forces Afghanistan (USFOR-A), deputy commander of U.S. CENTCOM, and, most recently, special envoy for the President of the United States.

His experience spans decades and features operations in the Americas, the Middle East and Europe, including Operation Iraqi Freedom Operation Enduring Freedom in Afghanistan.

Once he returned from his Afghanistan assignment, President Barack Obama appointed General Allen as special presidential envoy for the Global Coalition to Counter ISIL (or Daesh). There he led the complex assignment of building, from conception, a robust international coalition to thwart Daesh.

In no small part due to General Allen’s stewardship, today the United States is leading a 65-member global coalition that is rolling back Daesh’s territorial gains in Iraq and Syria, advising and assisting Iraqi Security Forces and constricting Daesh’s financing and operational capabilities.

So what drew Allen to SparkCognition?

The company’s specialized artificial intelligence algorithms that can predict failure, converse with users in natural language to prescribe solutions and present not just insights, but the evidence to back them up.

It’s precisely the type of AI platform that could be a game-changer in context of the Third Offset strategy.

While the third wave of artificial intelligence is a new phenomenon, Allen’s exposure to important high-tech programs is not.

In the early ’80s, then-Captain Allen wrote a detailed study arguing for the C-17 Globemaster III strategic lift aircraft, which proved to be an indispensable capability that enabled the United States to conduct effective operations globally.

He has also been a keen observer of global strategic trends. As a general officer, he served as the principal director of Asia-Pacific policy in the Office of the Secretary of Defense.

Allen has also demonstrated his poise and ability to build alliances.

Amir Husain, SparkCognition’s Founder and CEO, cites Allen’s distinguished accomplishments to explain the company’s deep interest in working with him.

“General Allen has served our country with distinction for almost 40 years and understands how critical AI and related advanced technologies are for securing our nation’s cyber and physical assets.” Husain continued. “General Allen is not only one of our most brilliant wartime military commanders, he is also a statesman and scholar with immense policy experience. This makes him one of a handful of global leaders with a profound understanding of the growing cyber-physical challenges the world faces.”

These cyber-physical challenges Husain speaks of are growing at breakneck pace. With episodes like the cyber attack on the Ukrainian and Turkish power grids, the ability to employ cyber capabilities to affect physical infrastructure has become a front and center concern for military planners, homeland security strategists and governments the world over.

SparkCognition was founded to address these very challenges. SparkCognition’s software monitors sensors on physical and virtual assets, continuously learns from data, and derives intelligent insights to secure and protect infrastructure around the clock.

The company’s technology is capable of harnessing real time sensor data and learning from it continuously. This allows for more accurate risk mitigation and prevention to avert disasters.

For his part, Allen is simply doing what he has done his entire adult life. He may be on a new stage, but he is working hard as ever to secure the United States and deliver every possible advantage to its defense services.

When asked about his move from warfighter to a strategist for AI applications in National Security, the General responded,

“SparkCognition [is] driving innovation in a field that is vital to our national security. Today, our country faces a great many challenges, but perhaps none as significant as the rapidly evolving cyber threats that compromise our nation’s critical infrastructure. SparkCognition is deploying next generation cognitive technology that is necessary to address these realities, and I consider this work to be a national asset.”

The significance of this partnership will become clearer over time. But considering General Allen’s incredible accomplishments on and off the battlefield, coupled with SparkCognition’s innovative AI technology, the potential upside for America’s burgeoning foray into AI-powered security is immense.

Leaders like Gen. Allen, and companies like SparkCognition, are determined to ensure that the United States remains at the forefront of innovation.

Next ArticlePhase Transitions: When a Model is Screaming Out that it Needs Revision