Atlas Wearables: The Personal Trainer that Fits on Your Wrist

In the realm of fitness and wellness tech, it’s one thing to have data about your health, and another to have the experience of a professional at your side.

The best of the best know their field better than their peers and colleagues.

They do this by immersing themselves in the data of their industry, by going deeper than others are willing to go. They read libraries of books and reports, they talk to as many industry veterans as are willing, they understand the history of their industry, and they pay attention to the present trends of their trade.

Whether Warren Buffet in finance, Oprah Winfrey in media and entertainment, Tony Robins in behavioral psychology, or Jillian Michaels in personal fitness, industry leaders see what is coming and act faster and more creatively than others.

They observe the data and compute it into action.

According to Marketdata Enterprises, a market research firm that specializes in tracking niche industries, Americans spend north of $60 billion annually on fitness and weight loss. CNN Money puts the median salary of a personal trainer at $56,000, with top pay of $128,000 (in 2012).

A significant portion of that $60 billion likely goes to paying professionals to assist us in our attempts to bulk up or slim down. The hourly cost of a personal trainer can vary from around $50 an hour, to upwards of hundreds per hour.

In Jillian Michael’s case, you’d probably need to pay her thousands to work with you.

Experts are paid at the highest levels in their field because they understand and apply the knowledge or data they have acquired in the most effective and efficient methods possible.

We pay them to utilize their knowledge, incorporate the data we create and process that into actionable insights that will make us better and produce the results we desire. Like human intelligence, gathering and analyzing data to understand the best path forward is a key element of machine learning today. And like human intelligence, through data, machine learning can find the strongest indicators of causality.

With a background in biomedical engineering, Peter Li, Founder and CEO of Atlas Wearables, was exposed to many different startup ventures. While earning his bachelor’s and master’s degrees at Johns Hopkins, he took particular interest in fitness, healthcare, and motivation. 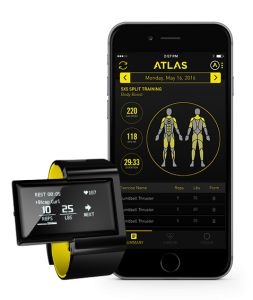 Atlas Wearables’ co-founder, Mike Kasparian, was working at Philips Healthcare while Li was researching at Johns Hopkins. Those experiences exposed them to the core problem of advanced machine learning for attracting 3D motion and how it could be applied to the fitness world.

At the time, Li and a friend had started a program called the Sound Body Challenge.

In the three-month program, similar to other motivational challenges that are commonplace today, an individual would come in once a week, and a personal trainer would take them through a standard set of exercises and routines, grade their form, and give them feedback to improve.

What Li and his team began to notice was those individuals who could compel themselves to come in every week would be much more motivated to have better outcomes.

After their initial experience with the Sound Body Challenge, Li got on the phone with Kasparian and, through a series of Google Docs exchanges, they launched Atlas Wearables. 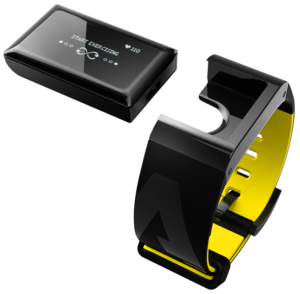 Li, Kasparian, and their team started with an idea to help motivate people in the same way a personal trainer or fitness challenge program would, and they built an augmented personal trainer for your wrist.

Now, the Atlas Wristband 2 is the first workout tracker that learns to track your form for various exercises. It can automatically recognize most exercises and even help you target Training Zones optimized to burn fat, tone, or bulk.

It’s a waterproof device worn on your wrist, with a smartphone app and online portal to sync your personal data.

The technology that sets Atlas Wearables apart from other wearable technology is the machine learning tracking capability.

The problem of other wearables (at least, those not utilizing machine learning) is in the similarity of movements. A pushup and power clean look nothing alike, so they have no issue, but differentiating between different types of pushups is difficult.

Whether pushups, triangle pushups, or military pushups, Atlas can tell the difference between even the most incrementally differentiated movements for over 100 exercises.

Atlas uses motion sensors on the wristband: a three-axis accelerometer and a three-axis gyroscope. Imagine a paint dot on your wrist moving around in 3D space. Atlas tracks that path, and each motion has a definitive fingerprint that they’re able to identify.

It’s similar to what makes Siri run, but instead of analyzing a voice, Atlas is looking at motion. 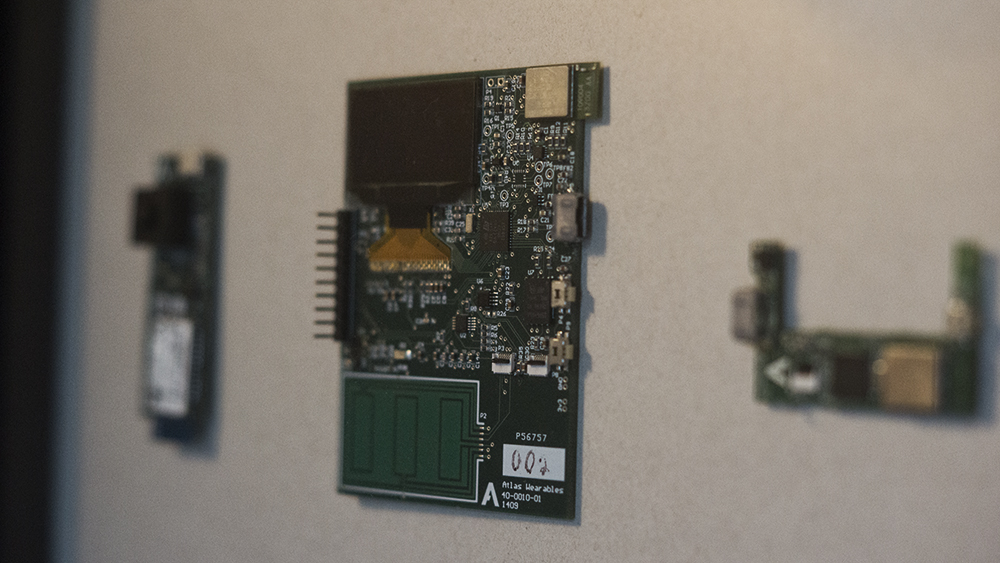 Atlas has applied machine learning to elevate precision beyond that of other wearables. But what are the motivation factors built into Atlas technology, and how might that look to the regular user?

Atlas will keep track of different types of goals and metrics for the user. Think of it as a kind of GPS: The user tells Atlas where they want to go, fitness-wise, and Atlas tells the user how to get there.

By looking at the Atlas wearable model, it’s clear the Atlas team have dared to do things differently. Pedometer technology has made a strong name and case for itself in the fitness market, especially alongside the rise of wearable step-counting fitness brands like Fitbit.

The market is beginning to see a trend towards consumers who have used a pedometer for a while and are beginning to look for more, as they are realizing that there may be more to their activity than just the step count.

Atlas looks ahead to a fitness horizon where a wearable is just as informative to the user as that user is to the wearable.

The success of Atlas is attributable to its unique design, both inside and out. With its “Tetris-like” look, interactive user experience, and the high-level machine learning elements, the Atlas wristband truly is one-of-a-kind.

As the needs and wants of consumers change, Li foresees many opportunities to expand into solution-oriented tweaks.

Atlas is already collecting a huge amount of data to best optimize consumer experience, and the wearable’s loyal community embraces plenty of opportunities to customize their wearable to the nth degree.

Li explains that the data collected by the Atlas wristband is “only the surface” of the potential for future expansion.

As is the case with machine learning technology, the development of Atlas’ technology is iterative. Although the product might be great for professional athletes, Atlas would rather build it for the masses.

Most people would love to work with the world’s top fitness experts. However, very few of us can afford to.

Yet, that may be changing as we move toward machine learning that can augment what has historically been relegated solely to the realm of human expertise. At the end of the day, Li and his team want to capture the expertise of an industry veteran like Jillian Michaels and apply it to your unique goals, movements, and motivations. By leveraging advanced technologies and machine learning, they’re well on their way to building an expert on your wrist.

To pick up an Atlas wristband, check out their website, Amazon, or Dick’s Sporting Goods. 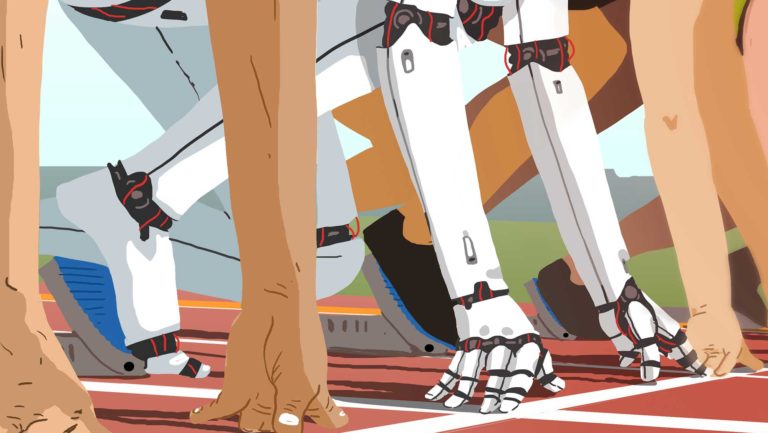 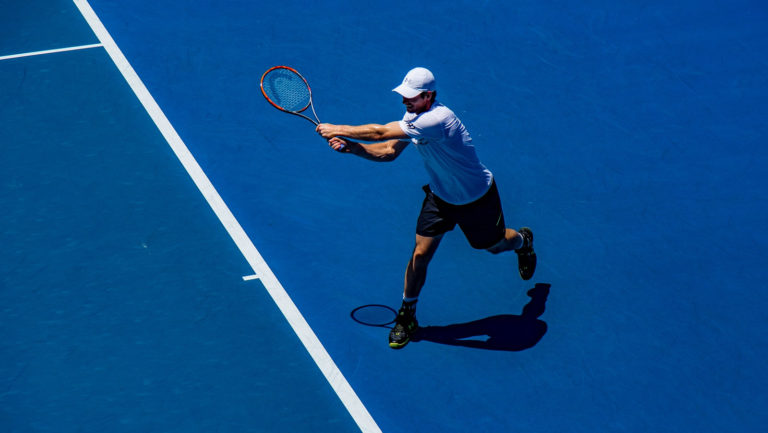