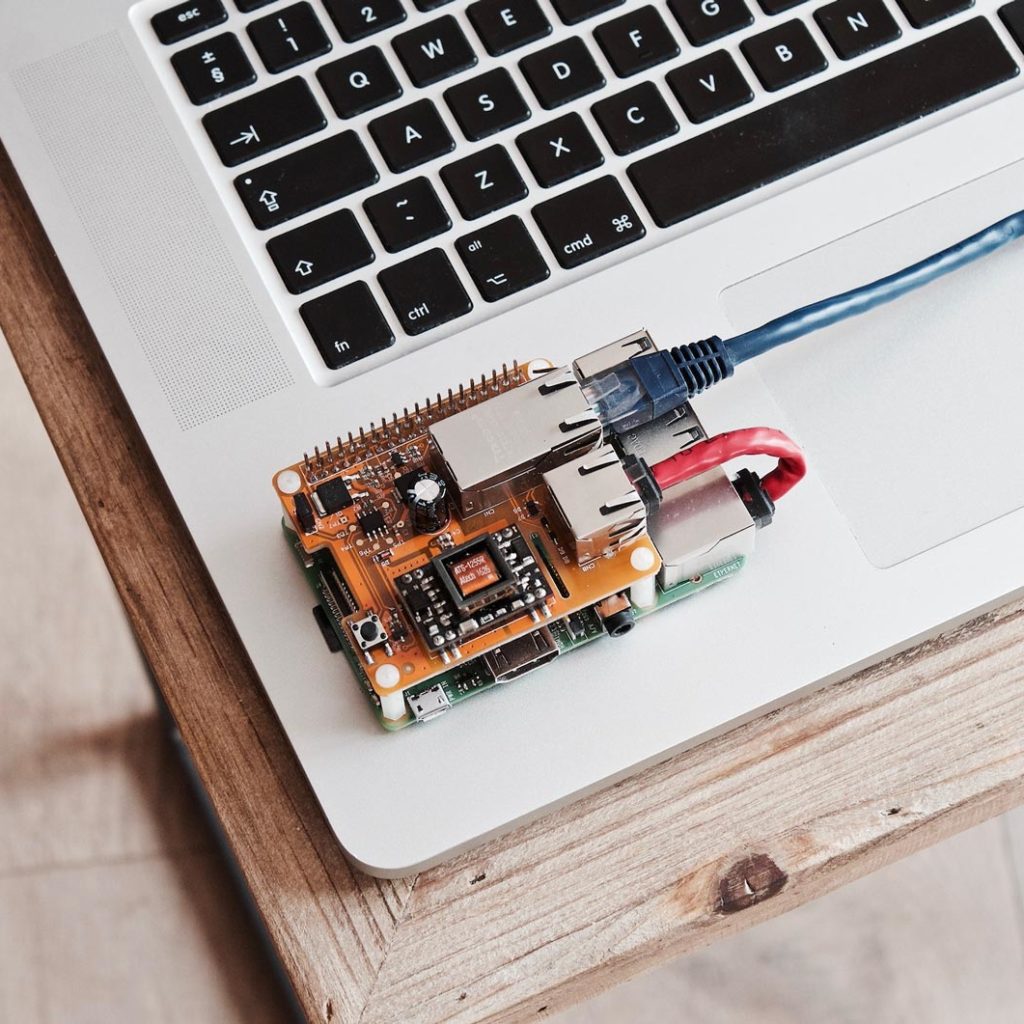 How Technology Partnerships are Enabling the IoT

Finding the connective tissue between otherwise unconnected ideas is where the seeds of creativity can lie — a value sewn into Dr. Tom Bradicich at a young age by his parents.

Bradicich’s father, in particular, taught him to always strive for excellence in everything he does. As the Vice President and General Manager of Servers and Internet Systems at Hewlett Packard Enterprise (HPE), Bradicich continues to seek out greatness in the form of innovative technologies.

Bradicich started his college career as a music major and bounced to physics and psychology before settling on the more lucrative engineering field to support his young family and charitable endeavors.

He was drawn to the constant innovation required by the field, and chose to continue on to a PhD for the challenge of contributing to the human knowledge base. A pioneering dissertation on telemedicine led to appointments as an IBM fellow and then a fellow at National Instruments.

Coupled with his business and product general management experience, those high-tech connections opened his eyes to what he calls “the most innovative domain today:” the Internet of Things (IoT).

In the past, the internet represented an interconnected network of users finding new ways to connect with each other online. In today’s world, the internet extends beyond computers and users.

Billions of devices and “things” are connected to the internet and soon, that number will be in the hundreds of billions.

The internet transcends the computer, the device, and even the user itself with its ability to connect two seemingly unlike objects with one another to achieve a given effort together, collaboratively.

The IoT represents new insights derived from things, the environment, and other parts of the physical world. It offers new ways to engage with each other and exchange meaningful information with or without human intervention.

“The IoT is where so much cutting-edge technology converges,” said Bradicich. “When you break it down, IoT and its successes come from the joining together of multiple partnerships from different technical and business domains and industry verticals” — something that Dr. Bradicich believes is a key component to innovation within the IoT.

“When addressing the IoT challenge, we’ve portioned the solution into four stages: there’s the sensors that touch the things, then it moves to a stage of data acquisition and control systems and actuation, and then it’ll move to a stage of edge IT such as switches and storage and compute at the edge, and then it may move to a data center or cloud,” explained Bradicich. “So just by looking at that simplistic architecture, one can conclude many players are required to have an end-to-end solution and not one single player does it all.”

The Key to Innovation

Knowing that partnerships lead to innovations, and therefore solutions, Bradicich and his team have monetized what it means to stay connected in an ever-changing technological world.

They’ve done this through the development of the Edgeline Converged Edge Systems, where “unprecedented high performance compute, control systems, data acquisition, and HPE iLO systems management is converged in a single enclosure and hardened for IoT edge environments.”

This type of innovative thinking lends itself to problem solving — something both HPE and SparkCognition have teamed up to conquer.

Machine learning is an invaluable tool in understanding a complete system that is comprised of users, devices, and sensors.

As raw data is collected, this partnership encourages the derivation of insight within the system to improve operations, equipment, processes, and security.

The implications in terms of user cost-savings are a key outcome, as well as AI-driven prognostics.

These provide asset and network protection by detecting problems — whether physical or cyber — before they occur, as well as helping to understand root-cause analysis and remediation of any real or potential problems.

Combining resources can create results that would be otherwise unfathomable, and that’s what HPE and SparkCognition have teamed up to do.

With SparkCognition’s knowledge and know-how in the world of AI-powered predictive analytics and cyber security, and HPE’s philosophy to lead innovation through the convergence of IT and OT, the IoT will now be protected from unknown mayhem and security breaches.

A key component of an efficient and effective IoT system is the way that system collects, stores, transmits, and analyzes data. SparkCognition creates technology to ingest and analyze data in a variety of environments.

There are several examples where it’s advantageous to do one over the other. HPE’s Edgeline System, as the name implies, is created to process data at the edge of a network.

For example, in industrial IoT applications such as power production, smart traffic lights, or manufacturing, the edge devices capture streaming data that can be used to prevent a part from failing, reroute traffic, optimize production, prevent product defects, or detect an external cyber threat to the system.

Living on the Edge

When data analysis is done at the edge of a network, it is known as edge analytics. Edge computing does not completely replace cloud computing, however.

For example, an analytic model might be created in a cloud then pushed out to edge devices. However, edge computing does provide certain advantages over cloud computing in specific instances, and IoT applications are one area making breakthroughs in edge computing.

The mountain of data uprooted by IoT has to be processed and responded to in a short amount of time.

On a global scale, the cloud is an indispensable part of that process.

Unfortunately, as the distance between the cloud and users grows, so does the transmission latency — the delay before a transfer of data begins following an instruction for its transfer.

Edge computing shortens the distance between the cloud and users by placing a small edge server between them.

This takes some of the workload off the shoulders of the cloud and onto the server, which speeds up applications that demand a low latency response like self-driving cars, robots, and drones.

As for the role of the cloud, Bradicich does not imply that the cloud should be replaced.

He’s looking instead to build an ecosystem full of partners from various aspects of the industry to delve deeper into the IoT landscape of possibilities.

What emerges will be the result not of technological muscle alone, but of the ability of stakeholders and partners to continually experiment and push the boundaries around how innovation occurs.

It is likely that the greatest technological innovations of the near future will be the result of collaboration, and cooperation in designing the partner ecosystem itself.

“I’m not saying that the cloud is in any way, shape, or form going to do anything but get better,” said Bradicich. “This notion of computing getting more distributed as well as connected is what I see as the innovative frontier, and I’m moving my company in that direction. So it’s being the  first mover to add an alternative to cloud connectivity, which is simply computing and converged OT at the edge. We want to give our customers choice, and avoid cloud lock-in when compute at the edge is the answer.”

Some industry analysts posit that the future of IoT will likely hinge on edge computing doing the heavy lifting of analysis rather than running data through the cloud.

As for Bradicich, he offers seven reasons for the growth of edge computing:

While some believe edge computing will make cloud computing obsolete, Bradicich has a different idea.

“I call it ‘distributed IT centralization,” he said. “It’s not forsaking the cloud, it’s being the first mover to add something to the cloud connectivity, which is simply edge computing and OT convergence at the edge.”

Much in the way that smartphones have become so much more than phones, Bradicich foresees enterprise class data center technology being taken to edge computing and converging data acquisition, control systems, and industrial networks, all in the same box. That’s exactly what HPE’s new Edgeline Converged Edges Systems family does.

This is not to say every aspect of this process is handled by one company, but rather, an ecosystem of partners comes together to best serve the customer.

“For example at HPE, we offer a new product category called Converged Edge Systems that we’ve invented,” Bradicich explained. “One of the most important issues with edge computing is security: more sensors mean more vulnerability points and more people engaging. It is common to consider security as an afterthought, after one puts the solution together then to impute security on that.”

“However, at HPE we build that in from the beginning,” he continued. “We work with partners such as SparkCognition who have a forte and a set of experiences along the line of being able to predict and analyze, not only physical failures, but also threats.”

The Risks of Innovation

While there are many fruits to be reaped from IoT, its success it not guaranteed. There are three major risks that hinder any innovation from flourish, according to Bradicich.

“When it’s new, there’s no history and we as humans like precedence as, it makes us feel comfortable,” he explained. “Because it was done before, I saw it before. But with innovation you have to sometimes suspend your disbelief. You also have to look at the fact that it’s possible that everything is temporary.”

Addressing the market risk, Bradicich noted how the market is hungry for IoT.

“We have many customers and partners evaluating Edgeline Systems, and others in deployment. So, I think early signs look very good as far as the first ‘technical’ risk.”

Expounding on the technical and company risks, he said, “We’re using proven technologies. We have combined with innovation such as the AI-powered technology developed by SparkCognition. And therefore, all systems are good as far as we can manufacture it and have it perform as designed. Now, concerning the ‘company risk,’ what’s needed is an ecosystem of other partners. is helps each company lower its inhibition. Innovation is not just about helping people overcome a specific problem. It’s also about helping people overcome their reluctances. That’s really powerful.”

Without doubt, IoT has its share of risks. However, given the innovations at stake, Bradicich claims the biggest risk is to take no risks at all.

Just as innovation is propelled by a strong, diverse ecosystem of interrelated technologies, a key component of minimizing risk is to find great partners to work with.

Whether in the cloud or at the edge, technological innovation is all about creating systems and networks that are more than the sum of their parts.

Life never emerges separately from its environment. It needs an ecosystem.

The Internet of Things is a technological ecosystem waiting to come to life, and innovation in IoT is an ecosystem design story.

“A partner ecosystem is absolutely crucial simply because the solution is end-to-end, and IoT is a solution,” said Bradicich.

With the surge of devices connected to the Internet, IoT has many advantages for businesses, consumers, the environment, and society as a whole.

Bradicich knows that innovation and progress doesn’t come from one organism in the ecosystem thriving solely by itself; it’s about cooperation and connectivity. An ecosystem cannot thrive without the other moving pieces, or in this case, strong partnerships.

“I’ve always told my teams,” Bradicich said, “a good company aggressively follows the trends, but a great company sets the trends. And we must set the trends so our customers can be trendsetters themselves.”

Next ArticleOil, Gas, AI and the Promise of a Better Tomorrow