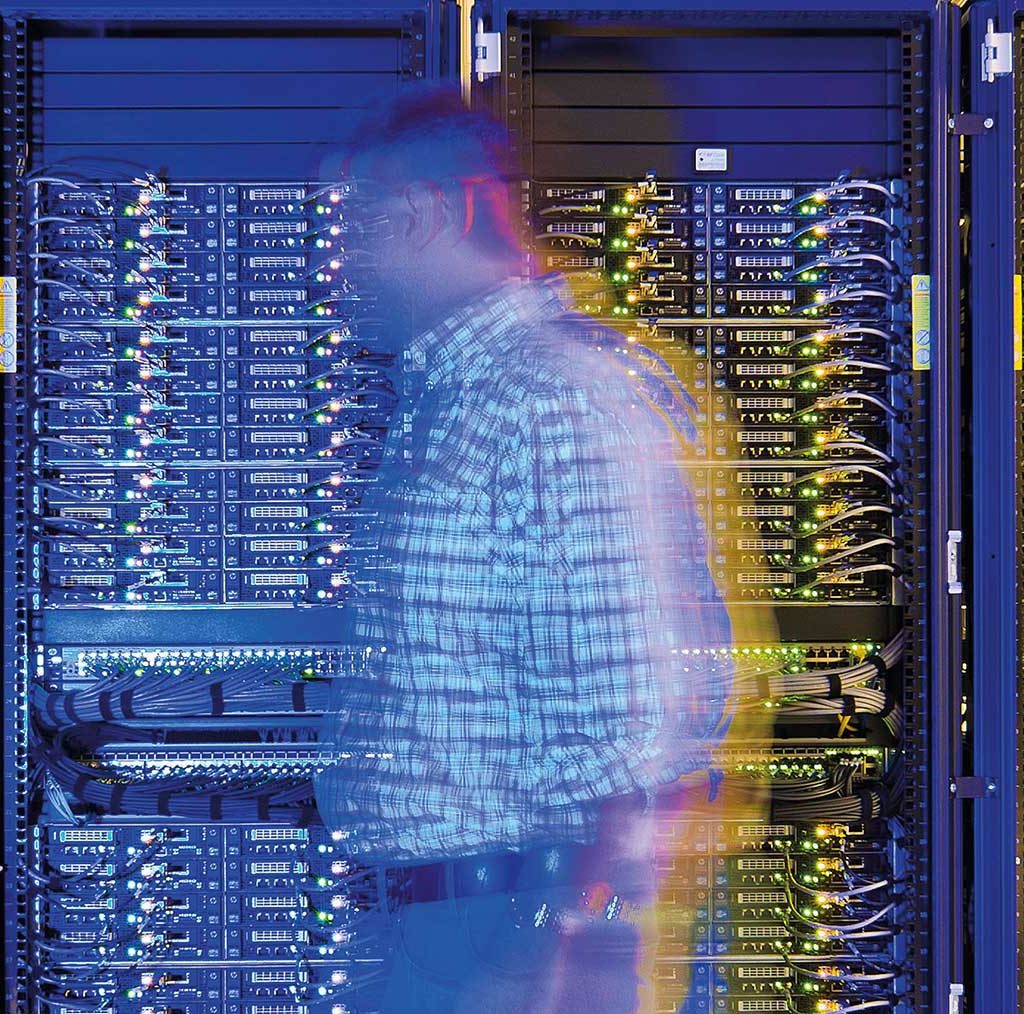 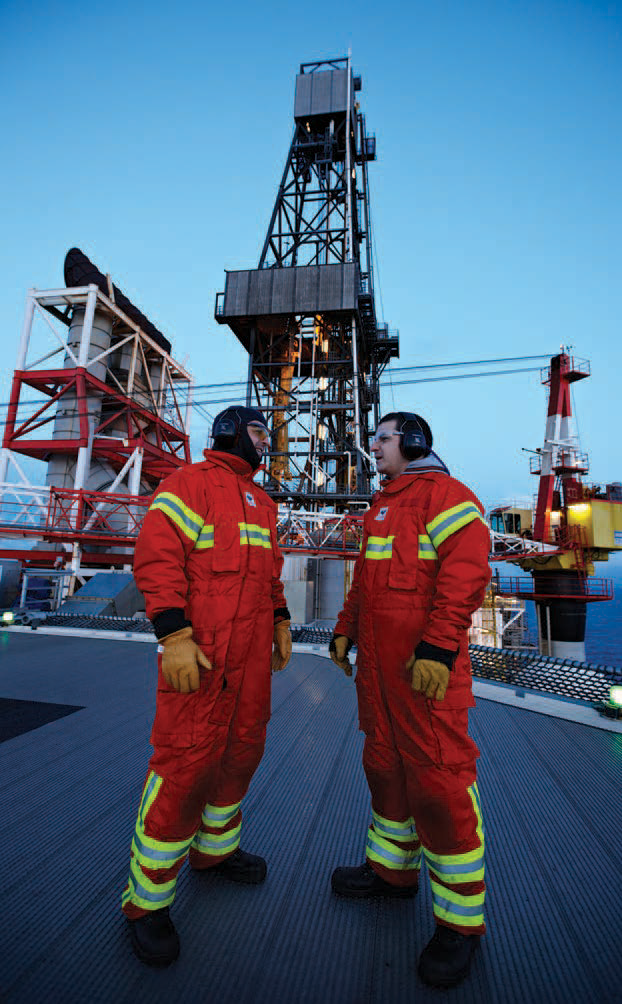 A few key decisions can affect the entire course of your future.

For Fereidoun Abbassian, Vice President of Technology at BP, getting caught in the middle of a political protest as a teenager in Iran was the catalyst for a life-shaping decision which would take him to England to finish his education.

For large companies, such as BP, a decision to adopt the right technology at the right time can have a transformative effect, propelling an organization to the top of the industry.

The reverse can be said of companies, organizations or individuals who don’t make progress a priority — they get left behind.

Examples abound, like Kodak clinging to film over digital, or Blockbuster losing out to Netflix.

BP is one of the rare companies who seem to continually make the right technological moves, and Abbassian is leading internal efforts in the deployment of cutting-edge cognitive analytics to optimize their business in a rapidly evolving market.

A commitment to progress has propelled Abbassian to one of the top roles for technology at BP, where he is driving the company’s culture of innovation.

Growing up in Iran, he was always fascinated with science, and started taking university classes in civil engineering at an early age.

But the country was politically volatile, and after Abbassian found himself in the midst of a demonstration while on his way home from school, his family promptly put him on a plane to England to continue his education.

It was just in the nick of time — universities in Iran closed during the revolution, so he remained in England to complete an undergraduate degree in Civil Engineering and a PhD from Cambridge in Structural Mechanics.

At BP, he has worked all over the world, from Azerbaijan to Angola, overseeing technology and safety for the company, finally ending in Houston as the Vice President of Technology.

For all the talk of the lagging technology in O&G, BP is breaking the traditional characteristics of an industry not particularly known for innovation. Beginning in 2002, the company began a digitization process that Abbassian has personally divided into three phases: laying down infrastructure and monitoring assets, using physics-based models, and now building fully automated and remote-controlled operations.

A key decision at each phase of the process helped secure the future of BP’s ability to innovate.

Phase 1: Laying Down Infrastructure and Monitoring

As with most AI projects, BP needed data to work with.

“By infrastructure, I’m referring to making the data accessible,” Abbassian explained. “We were producing a lot of data, but it never came onshore.”

To capture the information they needed, BP laid down 2,000 km of fiber across the globe, and to process it, constructed collaboration centers worldwide to enable the exchange of information between offshore and onshore.

In 2013, BP constructed a Center for High-Performance Computing in Houston to handle the large amounts of data — at the time, this was the largest supercomputer built for commercial research. Analytics was not the goal for the huge infrastructure investment at that point — the data processing was used for the purpose of mapping drill sites.

“The motivation behind the high-performance computing was really driven by seismic requirements for our proprietary algorithm,” Abbassian explained.

But data by itself does not effect change, and this is where BP shines.

A 2015 report from McKinsey & Company found that, while ample data is collected on offshore rigs, less than one percent of it made its way to decision makers.

Accessing the data is valuable. BP has been able to use collective data to predict repairs, sometimes minutes in advance, leading to massive improvements for business.

Around 2008, BP began using predominantly physics-based models (as opposed to the data-driven models to come) to provide insight on drilling and production operations. The ability to have more data and work with that data gave rise to some predictive capability, resulting in the first major advisory system: Well Advisor.

“Well Advisor enabled us to use the data that was coming from our rig sites and analyze that data in real-time to inform operational decisions,” Abbassian elaborated. “Our focus there was to reduce non-productive time.”

Here, they were immediately able to see huge returns. For example, each incident of a stuck pipe (when a pipe gets stuck during a tubular running operation) can cost BP $10-50 million.

Since implementing Well Advisor and gaining the ability to predict a breakdown, there have been no such incidents, saving the company an estimated $100M every year.

The system looks at actual production data, runs a physics-based network model to back-calculate what the optimum setting of all the wells are in terms of pressure and flow, and then advises the optimal operating conditions.

On average, this optimization has added 20,000 barrels of oil per day of production, or about $1 million per day in revenue.

Making the decision to prioritize collecting and manipulating data at a large scale was showing a clear ROI. To further these efforts, BP entered a period Abbassian refers to as creating a “data lake” consolidating all operational data into one place.

And the vast imagery of a lake is not hyperbole: implementing the Plant Operation Advisor, a third system currently in development with GE, across all producing assets would yield five million data records per minute — more data records than produced by Google searches in the same timeframe.

“We are currently running distributed acoustic sensor fibers in our wells in Azerbaijan, Norway, and the North Sea,” Abbassian adds. “Every hour, from every well, we are generating 1 terabyte of data per second. It’s equivalent to 1,000 Netflix movies downloaded simultaneously.”

After the game-changing decision to lay the groundwork for data collection, both physically with massive amounts of fiber and computationally with their powerful data centers, BP is now aspiring to reach a higher level of insight.

The foundation they’ve built can now be used to deploy AI technologies throughout their environments, unlocking new reservoirs of previously unreachable intelligence.

“I think we are entering phase 3 as of last year,” Abbassian estimated. “The vision there is that, through creation of a digital twin of our assets, we could get to a place where we could operate digitally before we operate in the physical world. Could you imagine that? And could you imagine if you could execute things and troubleshoot things in a very safe environment before you do it in the physical world?”

Though progress in this phase is ongoing and the goals lofty, the potential rewards are literally life-saving.

Abbassian mentioned several factors contributing to BP’s decision to digitize, saying, “Safety is number one priority for the company, and digital has got a huge role to play in enhancing the safety of our operation.”

He also prioritizes, and has seen, efficiencies in access to resources, operations, capital, recovery, and staff. The timing of the move to data-driven decision-making was spurred by the need to adapt to a long-term oil price and the cost-efficiency of digital solutions (sensors have become pervasive and cheap).

“What we cannot do is to generate best practices and recommendations automatically, and that is why we need cognitive technologies.”

Abbassian said, “We need some human capabilities such as understanding, reasoning, and learning to be able to mine this massive digital knowledge base we are creating to be able to come up with the best, unbiased recommendation at any given time. It’s very much about augmenting the reasoning capability of the end-user through sheer computational power and making that reasoning as unbiased as possible.”

While a company like BP seeks to lead by retaining ownership of certain technologies and keeping them in-house, it’s simply not possible for all aspects of their business. Abbassian explains that BP’s strategy has been to keep key proprietary technology — like that reserved for seismic research and exploration — within the company, but partner with others, like SparkCognition and GE, to combine strengths.

“We bring domain expertise, we bring our data, which is proprietary to us, our partner companies bring their capabilities in the digital and cognitive space, and we co-create,” he said.

Scaling to the level of an organization as large as BP presents a challenge, so the company works with partners to demonstrate proof of concept before fully engaging.

This proof of concept has become key in forging ahead with cognitive learning, and is essential in influencing decision-makers.

“It’s not technology that is going to be the biggest hurdle; it is really our mindset that will need a major shift to enable this massive transformation,” Abbassian predicted.

However, with innovators like Abbassian, BP’s collective mindset keeps them on the forefront of the cognitive transformation.

Their foresight to invest early in infrastructure and analytics capability, and approach new technology with an open mind has now put them in a unique position to aggressively pursue cutting-edge efforts.

Just as the right decision to move at a critical time provided Fereidoun Abbassian with continued educational opportunities, so have BP’s forward-thinking decisions put them in a position to lead the phasing in of the cognitive revolution.

Next ArticleWhere Should I Watch the Eclipse? A Data Analysis