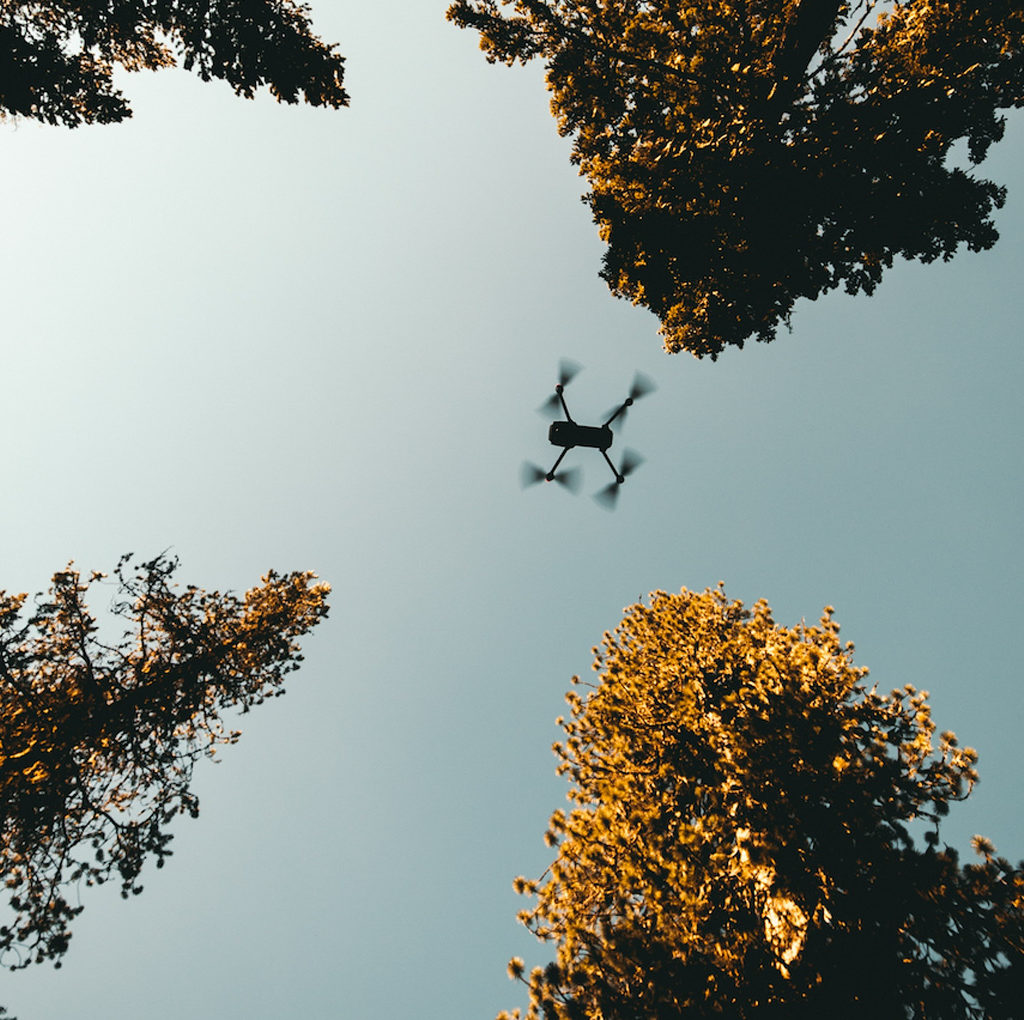 One of the most famous concepts in evolutionary biology is the Red Queen hypothesis.

It takes its name from a passage in “Through the Looking Glass,” in which the eponymous queen states that “it takes all the running you can do, to keep in the same place.”

Similarly, the hypothesis states that organisms must continually evolve and adapt not only to gain an advantage, but simply to survive in a constantly changing environment.

In this way, evolution can be characterized as an arms race between predator and prey, with survival going to those who adapt the fastest. This same principle holds true for human beings.

Our biology may be relatively static — at least in terms of our lifespans — but our technology is evolving at an ever-increasing rate. Thus, failing to innovate does not mean staying in place, but falling behind.

The United States military is at a critical juncture wherein this principle is more relevant than ever. The advantage the U.S. has enjoyed from its lead in precision weaponry is eroding, as other countries have reached and even surpassed this level of technology.

Furthermore, much of the previous strategies and technologies of the U.S. are not viable in the increasingly common tactics of guerrilla warfare.

Essentially, the U.S. no longer has a clear advantage over many potential opponents.

This means that not only is American victory far less assured, but also conflict is far more likely to break out, as other powers are no longer deterred by the military prowess of the U.S.

This is not the first time the United States has found itself in this position. During the First and Second Offset Strategies, the U.S. recreated its military policies around new technologies to maintain superiority in combat.

Many experts in and outside the Pentagon have already recognized that the time has come again to create a new strategy.

In an address on the topic in 2016, former Deputy Secretary of Defense Robert O. Work stated that he has been contemplating a new defense strategy in earnest since 2012.

Longtime rivals such as China and Russia have been rapidly developing their military technology, and the U.S. needs to do the same to stay ahead. It needs a new way forward — a new offset strategy to preserve its advantage — and artificial intelligence (AI) can provide that path.

The First and Second Offset Strategies

An offset strategy attempts to maintain a military advantage over potential enemies in order to deter conflict from occurring and assure victory if it does.

These strategies are typically achieved through an asymmetry in technological or operational prowess, and have been a cornerstone of Western military policy since the end of the Korean War.

For example, the First Offset Strategy, developed in the early 1950s, saw America focusing its military spending on stockpiling nuclear weapons to maintain its asymmetrical standing relative to the U.S.S.R.

However, once the Soviet Union caught up to the U.S. in nuclear arms, this strategy became ineffective. Exhaustive research programs were then implemented around reconnaissance, surveillance, and target acquisition.

Technology such as surveillance and targeting subsystems armed U.S. forces with superior intelligence and situational awareness, allowing the U.S. and its NATO allies to wield a mastery of precision weaponry, stealth, and battlefield intelligence of a type the world had never seen.

The operation and use of this combination of capabilities came to be known as the Second Offset Strategy.

The Need for a Third Offset Strategy

Unfortunately, nothing lasts forever, particularly when it comes to technological leads. In the 40 years since the Second Offset Strategy was first implemented, the rest of the world hasn’t simply been sitting idle.

Many other countries — most notably longtime rivals China and Russia, as well as smaller regional players and exporters of weapons and equipment — have developed comparable precision weaponry and intelligence capabilities.

Former U.S. Defense Secretary Chuck Hagel explained in 2014 at the Reagan National Defense Forum that “while we spent over a decade focused on grinding stability operations, countries like Russia and China have been heavily investing in military modernization programs to blunt our military’s technological edge.”

The West now faces a significantly reduced strategic advantage compared to what it once enjoyed from its lead in precision weapons. In fact, Western militaries are struggling to effectively combat the increasing prominence of guerrilla and insurgent warfare.

The strategic position NATO and other Western powers are in now is eerily reminiscent of Germany’s losing strategy from World War II: forces and units of ever-increasing technological sophistication fielded in ever-shrinking numbers.

Every time a new generation of aircraft is built, the quality of the aircraft jumps, but the price tag jumps with it, meaning that fewer aircraft can be bought. Over 1,000 of the previous top-of-the-line aircraft, the F-15 Eagle, have been built at a cost of roughly $27.9 million per unit.

Conversely, the more recent F-22 Raptor is one of the world’s most expensive warplanes, estimated to cost anywhere from $137 million to $678 million per unit, even before accounting for flying costs.

Between costs of building, maintenance, and upgrades, the United States produced only 187 operational units of its top air superiority fighter, and largely leaves the planes grounded.

Rather than reversing the trend, the latest new warplane — the F-35 Lightning II — is already costing even more than its predecessor.

This is just one prominent example of a troubling pattern in U.S. and U.K. military acquisition.

With the constant reduction in the size of military forces — regardless of how technologically advanced those forces may be — it is becoming harder for NATO forces to muster the bare minimum numbers to cover the areas necessary to win an encounter.

Even the number of personnel has shrunk dramatically, a reduction that became evident during the prolonged wars in Iraq and Afghanistan, both of which strained the American forces’ ability to rotate personnel in and out of combat.

The pilot shortage is expected to worsen due to massive increases projected in airline pilot hiring. The U.K. has arguably fared even worse, with their fast jet fighter fleet reduced by almost 80% since the end of the first Gulf War.

General Raymond Odierno, the former U.S. Chief of Army Staff, recently expressed concerns over similarly significant reductions in the British Army, wondering if the U.K. could continue to fulfill its international obligations with such reductions in force.

This strategy — focusing on costly platforms at the expense of numbers — didn’t work for Germany in WWII, one of many cautionary tales from history for the U.S. and U.K. Relying on numbers alone is a high-cost strategy, and not one the U.S. and U.K. should or would implement.

But there is a threshold where reduced numbers translate into a severe strategic and tactical disadvantage, regardless of the technological sophistication of individual assets.

The good and the bad news is that the U.S. and its allied Western nations have been down this road before on at least two occasions in history — before the implementation of each previous offset strategy.

The similarities in each case are striking: Before the First and Second Offset Strategies, as well as in the present, the U.S. faced disadvantages in sheer numbers, while longtime foreign rivals had caught up technologically.

What is needed now is exactly what was needed in the 1950s and 1970s: new technological innovations that will re-establish Western military superiority by giving forces an asymmetrical advantage over potential antagonists.

Artificial intelligence is almost certainly the answer to this quandary. In its current state, AI could transform the range of military operations in drastic favor of its earliest adopters.

Defense means always remaining on the leading edge of technology. Standing still in military affairs is non-existent — there is only innovating or falling behind.

Artificial intelligence holds the capability to completely change the landscape of warfare, and that transformation will happen with or without the United States.

Machine learning and AI are the future. If the U.S. wants to revitalize its military strategy with a new offset strategy and renewed technological dominance, it needs to join in on the technological revolution. 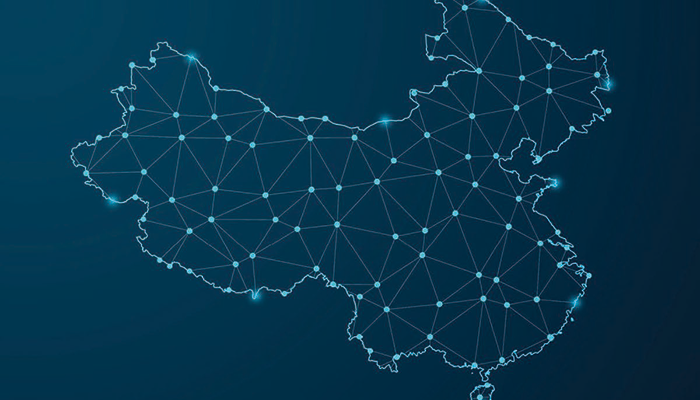