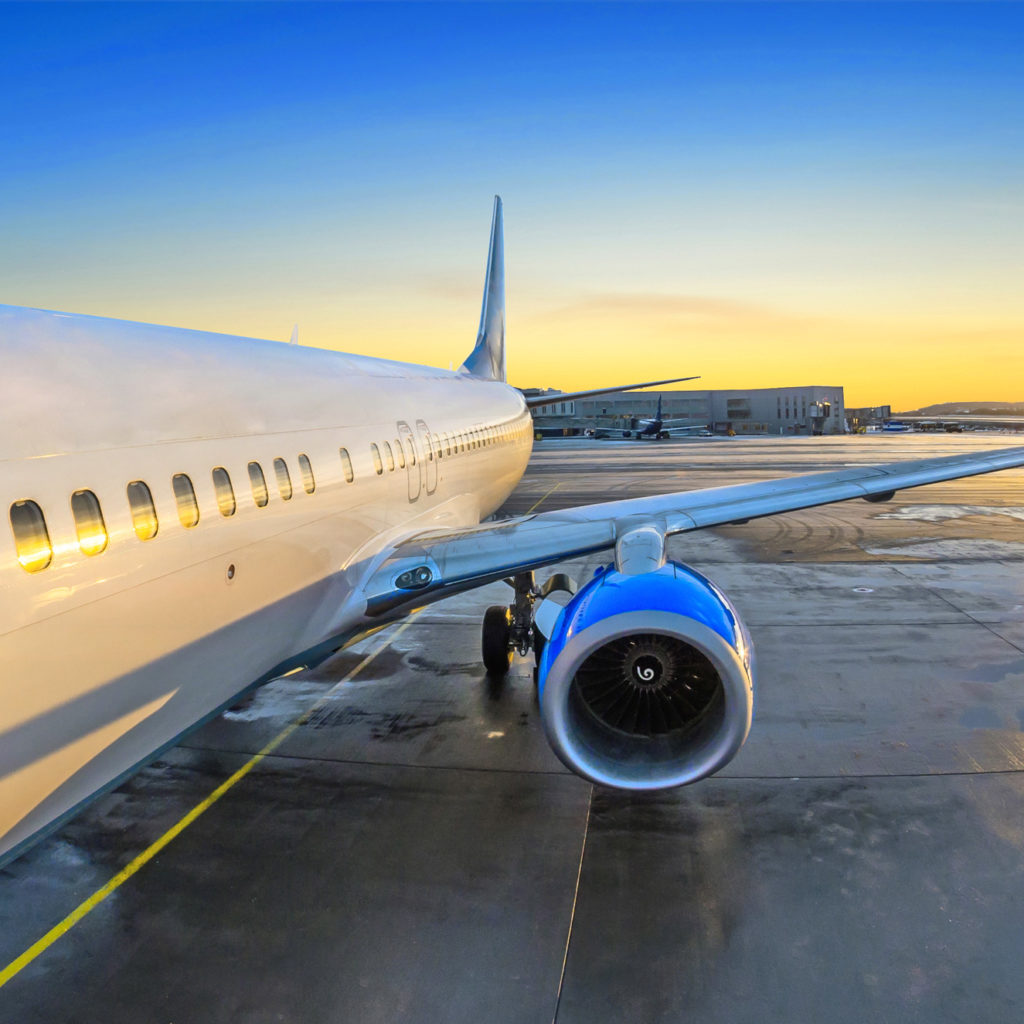 Boeing Looks Beyond the Horizon in its Second Century

For the first time in U.S. industrial and financial markets, the top five companies by market cap are all technology companies: Apple, Alphabet, Microsoft, Amazon, and Facebook.

As internet pioneer Marc Andreessen remarked over six years ago, “software is eating the world.”

And as SparkCognition’s Founder and CEO, Amir Husain, likes to add, “AI is eating software.”

In an age when all relevant software companies are buying, integrating, and/or developing artificial intelligence technologies to enhance their solutions, Husain is right to point out that our future belongs to those who lead in AI innovation.

We are living in the age of AI, and it will define the technological future across all industries. It is, however, often a tough feat for traditional industry players to think and act like a nimble startup.

While there is no guaranteed strategy for how to ultimately be successful in the age of AI (see Husain’s book, “The Sentient Machine” for the closest thing to a blueprint), there are examples from companies that have succeeded most throughout the transition. And there is at least one household name that’s doing it well.

Shares of Boeing are up more than 71% so far in 2017, putting the company far ahead of second-ranked Apple, with a 46% gain.

If software is eating the world, and if AI is eating software, how does an aerospace and defense company beat out the most financially liquid organization in America? By becoming an AI company.

Boeing’s success in 2017 can be attributed to many factors — defense stocks shining, North Korea’s nuclear threats, recent mergers, Boeing’s new commercial jets, demand for its military systems — but the company’s emphasis on AI is a much less reported story that has some insiders excited about the future.

In April of this year, InvestorPlace published an article about the top 10 AI stocks to watch. Amid the list’s usual suspects (IBM, Microsoft, Amazon, GE, Google, Facebook, Apple), the article named Boeing as a top AI stock to watch, specifically calling out the venture capital arm, Boeing HorizonX, and its investment in AI leader SparkCognition.

While the combination of Boeing’s commercial and military leadership has some analysts expecting profits to rise nearly 40% this year and average an annual growth rate of almost 20% for the next few years, it’s the company’s vision of an AI-enabled future that has company veterans and industry insiders most excited about Boeing.

A New Century of Innovation

Since its inception, Boeing has shaped aviation and aerospace history. In an era of buzzy, agile startups, Boeing, which recently turned 101 years old, continues to lead the field in innovation by developing and strategically investing in promising technology and attracting top talent to the team.

So what do the next 100 years hold for Boeing? Hyslop sees artificial intelligence playing a major role in Boeing’s future.

(Watch: Greg Hyslop on how AI will help aerospace continue to innovate)

(Watch: General John Allen on how AI will transform the military)

Hyslop’s colleague responsible for ensuring Boeing is at the forefront of materials and algorithms is Steve Nordlund, Vice President of HorizonX, Boeing’s venture arm.

“I was one of those kids that kind of hung on the fence watching the planes take off and land,” Nordlund recalled. “But I realized there was a lot more to the aviation industry than just the transportation end of it.”

At first Nordlund followed his childhood dreams, attending Embry-Riddle Aeronautical University in pursuit of a career as a pilot, but his priorities shifted after starting his studies.

He moved into the tech industry and earned his MBA from the University of Florida. His talents aligned when he helped kickstart a startup with a colleague to build aviation drones, soon becoming one of the fastest-growing companies in the U.S.

Boeing acquired the startup in 2008 and Nordlund came along for the ride.

“Working at Boeing is like being a kid in a candy store,” Nordlund explained. “Every day, we are connecting people via airplanes and satellites, protecting people with our defense products and services, exploring the mysteries of the universe, and looking to inspire future generations of innovators.”

Boeing HorizonX keeps its sights set beyond the horizon and its focus on three areas: technology enablers, new market opportunities, and disruption in aerospace.

Nordlund notes that Boeing HorizonX is not driven as much by the financial return of its portfolio but rather the ability to bring innovation into the company.

“Boeing’s always been really good at internal innovation. We literally have rocket scientists,” he explained (in fact, Hyslop is a member of the Aeronautics Committee of the NASA Advisory Council). “By engaging with and investing in startups, we are building on the depth and breadth of our knowledge and expertise within Boeing. We want to tap into the innovation that exists in these companies to help shape the future of Boeing and the future of aerospace.”

He continued, “Boeing HorizonX leads with customer focus by looking at the business problem to solve, the market opportunity, and the strategy to get there, ensuring that the right technology solutions follow.”

Nordlund believes that if you’re not solving a problem, if you’re not making a difference, then it’s really not going to penetrate into the marketplace.

Flying the Old into the Future

“A lot of people ask me what an entrepreneur like me is doing at a 100-year-old company like Boeing,” he added. “And the most important data point in that question is the 100 years. When we turned 100 years old, our President and CEO, Dennis Muilenburg, talked about the startup of the second century. We are all entrepreneurs when it comes to shaping Boeing’s second century — and with it, the second century of aviation and aerospace.”

Autonomy is of particular interest to Boeing and the aerospace industry. Boeing HorizonX is exploring emerging commercial autonomy markets, including urban mobility. Nordlund sees promise in AI when it comes to autonomy.

“The power of AI, tied into the autonomy and the autonomous operations and the machine learning, starts to take it to the next level.” he said. “I think that’s going to break open some new market opportunities for us and solve a lot of customer problems.”

Hyslop agreed there is significant value in automation, primarily for safety reasons. Pointing to the example of a robot inserting fasteners into the fuselage, he clarified, “The jobs we want to automate are the jobs that are dull, dirty, and dangerous.”

With the growing market for planes, factories must respond to increasing demands while maintaining the same level of quality.

“That is really the driving force behind the advent of more automation and hence more an application for artificial intelligence in our factories,” he said.

AI in the Sky

So he took note when Air Force Lieutenant General Jack Shanahan recently declared, “The Department of Defense should never buy another weapons system for the rest of its natural life without artificial intelligence baked into it.”

Nordlund acknowledges that warfare is shifting, and AI is at the core of technologies for wearables, maintenance, and training that fundamentally impact the field.

“It’s important to focus and invest in these emerging technologies like AI to ensure that we’re building up the strongest capabilities and infrastructure to enhance the defense of our country and allies,” he said.

Hyslop echoes these sentiments, adding, “There is so much investment pouring into this technology around the world, it’s inevitable that it’s going to be used in other defense forces. So it’s important for us as a nation, I think, to understand how we’re going to use it in our defense.”

(Watch: Greg Hyslop on how militaries will make better decisions with AI)

Investing in a Competitive Edge

So how can the U.S. keep a competitive advantage with so much investment happening internationally?

“There is clearly a role government can play in this, but we can’t look to the government to outspend the rest of the world,” said Hyslop.

He added that the government can make regulations to enhance the deployment of autonomous systems while also ensuring their safety. Nordlund sees a few opportunities for the U.S. to keep a competitive advantage.

The first is to keep investing in the right technologies, politics aside. Secondly, he hopes to make the acquisition system less bureaucratic, allowing competition to make the field stronger. (He notes that other countries are using e-commerce, allowing for quick access to new technologies). Finally, similar to Boeing HorizonX, he advises looking to the commercial space for innovative ideas.

“I think the collaboration that can happen between government and industry could prove valuable as we prepare to address future threats,” he said.

Nordlund understands the integration of AI into military applications will require a thoughtful approach, but he doesn’t necessarily see this as a unique challenge.

“With any technology, you have to realize that both good and bad can come out of it. The focus should be on how we further the benefits,” he said. “That takes leadership, which is where Boeing plays a role.”

Nordlund’s favorite part about working in the industry is getting off an airplane and seeing excited families waiting for arrivals. This passion also shows when asked about the most compelling technology he’s worked with: the ScanEagle unmanned system.

“If we hadn’t innovated around the business model, that technology may never have seen the battlefield,” he said. “We were able to deploy an unmanned aerial vehicle that allowed for intelligence, surveillance, and reconnaissance work that led to support for our Marines and soldiers on the ground and our sailors on the waters. And I know that we ended up saving lives.”

Both Hyslop and Nordlund emphasized that the industry is at an inflection point — and disruption is coming. Nordlund sees it impacting all aspects of Boeing.

“How we connect economies and people, how we protect the economies and homelands, how we explore space and beyond, and how we inspire young people to be the future innovators for the world,” he said. “We are at the cusp of a revolution that’s going to happen over the next couple of decades, and we’re right here at the core of it.”

A Future in Aerospace

Personally, Hyslop is looking forward to a world where terrestrial transportation is no longer the norm.

“Aerospace changed the world when it started as an industry 100 years ago,” he said, “and I think it’s primed to enter in another golden age. Aerospace has always been very competitive, but it has changed the world.”

It’s clear Boeing isn’t resting on its laurels as they enter their second century. Both Nordlund and Hyslop represent the culture at Boeing: lead and innovate.

As for the next hundred years, Boeing intends to stay at the forefront. Hyslop is optimistic, “Aerospace, at its root, has always been very innovative. It has changed the world. And we’re in that phase again.” 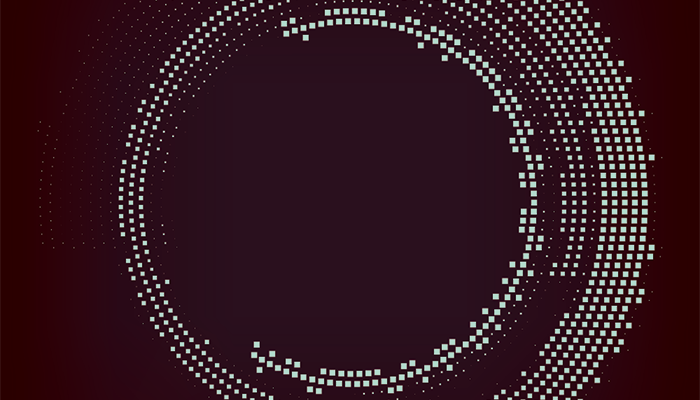 Previous ArticleThe OODA Loop: Why Timing Is Everything

Next ArticleHow Far Will the Deep Learning Evolution Take AI?