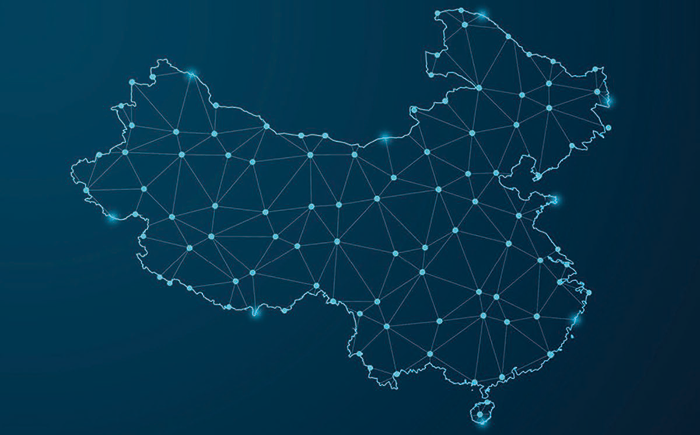 China and its Growing AI Advantage

Maintaining a leadership position in any endeavor requires significant investment and creativity. This is especially true for an industry changing as quickly as tech, when the race to market can make or break an entire ecosystem.

The United States received a harsh reminder of this in the 1980s when facing fierce technological competition from Japan.

Japan was overtaking U.S. market share in the semiconductor industry, becoming the biggest global supplier in the mid-eighties.

In response, the United States created a consortium of government and private companies called Sematech that banded together to share the costs and risks of developing computer chip-making skills.

A significant investment in Intel by IBM enabled the company to create the microprocessor, and when Japan couldn’t reproduce the invention, the country was relegated to the background in the field.

Since then, the U.S. has led the world in developing dominant technology, especially in tech hubs like Silicon Valley and Austin. However, recent budget cuts to funding AI research indicate a troubling shift in priorities from the administration.

In contrast, China has committed tens of billions of dollars in the coming years towards efforts to make the country an AI superpower by 2030.

“Whether you look at metrics like the number of publications and the number of patents; or qualitative metrics, such as participation in major AI conferences or success in different competitions, it’s clear that China’s becoming a major player in AI,” explains Elsa Kania, adjunct fellow at the Center for a New American Security (CNAS).

A Harvard graduate, Kania’s interest in Chinese policy was piqued by discussions around the Third Offset Strategy — seeking to outmaneuver advantages made by top adversaries primarily through technology.

She began digging around in Chinese language materials available at the open-source level to get a clearer sense of the landscape, before landing her current position at CNAS, where she focuses primarily on Chinese defense innovation in artificial intelligence.

Kania specifies that, while China’s defense strategy has historically been reactive (for instance, developing counter-space capabilities and missiles to reinforce counter-intervention posture), their military is no longer playing catch-up.

“The People’s Liberation Army (PLA) is trying to actively change paradigms in warfare through pursuing military innovation in disruptive technologies, including artificial intelligence, where it sees that it has the potential to surpass the U.S. technologically and to apply these technologies militarily,” she said.

In 2016, Microsoft triumphantly announced the development of language comprehension software that could match the human ability to recognize and understand speech.

The excitement was dampened by a tweet from Andrew Ng, Baidu’s former chief scientist that said, “We had surpassed human-level Chinese recognition in 2015; happy to see Microsoft also get there for English less than a year later.”

China’s New Generation AI Development Plan, released in July, details its AI ambitions, a field leaders are hoping to grow to a $150 billion industry. While Kania mentions the plan is “not dissimilar” from U.S. plans in terms of policy focus, China has committed funding while the U.S. has cut it.

“China might take a more integrated and holistic approach to looking at the ramifications of AI in warfare and being willing to experiment and explore,” she explained, “rather than taking more of a focus on AI for specific applications or specific problems, as the U.S. military has in certain respects to date.”

China has a larger workforce than the U.S. — though it is for the most part less educated — which is central to their AI strategy.

While the U.S. military views their people as their greatest asset, China and other populous authoritarian regimes are perhaps less willing to trust people, given concerns of control.

In particular, the PLA continues to struggle with human capital and training, seeking to leverage AI to compensate for the shortcomings. It remains to be seen if taking humans out of the loop in warfare will be an actual advantage.

However, Kania points to former Deputy Secretary of Defense Bob Work anticipating that, unlike the U.S., authoritarian regimes like China and Russia might be more inclined to make the removal, seeing humans as more of a weakness.

“The Chinese military is pursuing research and development for a broad range of applications involving AI,” she said. “Everything from intelligent and autonomous unmanned systems; use in intelligence, surveillance, and reconnaissance; to support war games, simulations, and training; and also to provide intelligence support to command decision-making.”

In fact, the state-run newspaper China Daily announced in August that the government had begun developing a new cruise missile system with a “high level” of AI.

Kania thinks China still faces challenges, saying, “It’s unlikely that the Chinese military would progress towards full autonomy across the board when artificial intelligence is at the current stage in its development. It still makes mistakes no human would make.”

(She does note that opinions on this can certainly differ within military ranks.)

Kania stresses that even in non-lethal military systems, errors like a mistake in a translation could dangerously inform decision-making.

She references Stanislav Petrov, who is credited with preventing World War III in 1983 by questioning the results from an early warning system that indicated missiles had been launched from the U.S.

She advised, “You need to have somebody who actually understands the system and how it works, understands what the intended output is likely to be, and is willing to question that in the case of an error.”

While the U.S. still has an advantage in today’s information-centric ways of warfare, a more intelligent battlefield is coming. China has made its position clear — AI is the way of the future — and now it’s up to the U.S. to respond and learn from history to avoid being relegated to it.

Previous ArticleWhere Should I Watch the Eclipse? A Data Analysis