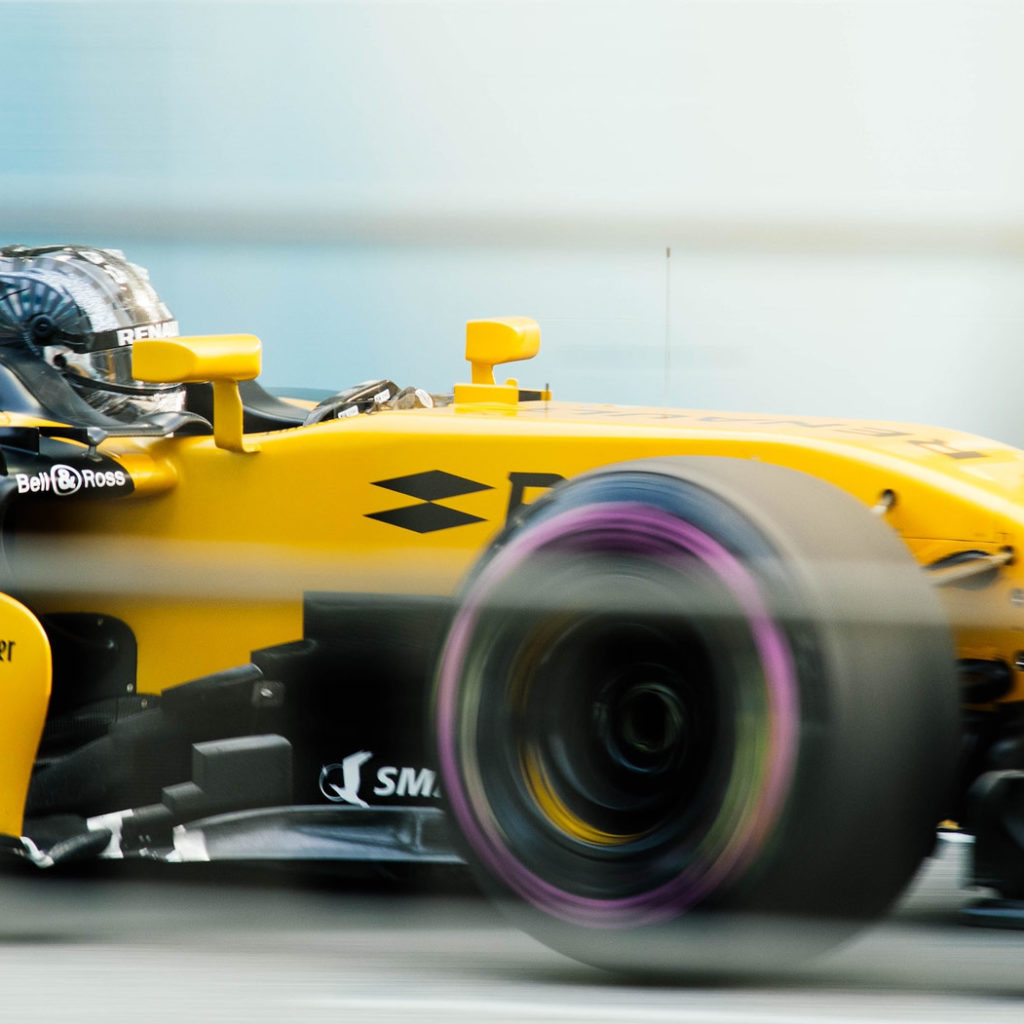 Since the beginning of auto racing, the stars of the sport have been the drivers, whose skill and fearlessness make them internationally famous and fabulously wealthy.

But what happens as the world moves closer to self-driving cars? Will racing be the same without these daredevils behind the wheel?

That’s what Roborace aims to find out.

Roborace is a competition for both human and AI driving teams. Denis Sverdlov, the former CEO of Russian wireless broadband provider Yota, introduced the Roborace concept in 2015. He envisioned a racing series made to advance autonomous technology in development for regular road cars.

The series currently performs demonstrations on the tracks of Formula E — a newer version of Formula One that uses electric cars and races in cities around the world.

Since the beginning, the face of the series has been Robocar: a sleek torpedo with muscular aerodynamic flares over each wheel and a short camera tower where you’d typically find the cockpit.

Roborace designer Daniel Simon created vehicles for the films “Tron: Legacy,” “Oblivion,” and “Captain America,” which explains why Robocar looks like it could drop seamlessly into a big-budget sci-fi movie.

But Robocar isn’t just beautiful. It’s smart, too. As Roborace Chief Strategy Officer Bryn Balcombe put it, “All the human senses are replicated.”

However, with six cameras providing a 360-degree view; sensors that measure force and inertia; sonar, radar, and lidar for capturing measurements with sound, radio, and light waves; two separate GPS antennas; and an AI brain from Nvidia with the computational power of 160 MacBook Pros, Roborace sensor technology extends far beyond the capabilities of human senses.

When the full competition begins, the competing Robocars will contain identical hardware, so the winning edge will go to the team with the best AI software, looking for advantages within the huge data set.

That’s where Robocar’s sibling, DevBot, comes in. DevBot contains the same sensors and cameras as Robocar, only it has a cockpit for a human driver, meaning DevBot can run in fully autonomous mode, be completely controlled by the driver, or something in between.

The vehicle applies real-time data to improve the AI driven software. DevBot crawls the course, taking in data from sensors related to the powertrain and vehicle dynamics, and builds a high-definition 3D map of the environment.

With each pass, DevBot increases in speed, going from around 60 mph to more than 120 mph. And it becomes more consistent. During a test on the Hong Kong ePrix street circuit, DevBot recorded back-to-back laps that were just one-thousandth of a second apart.

The process isn’t that different from how traditional race teams prepare for an event.

“Top Formula 1 teams are running tens of thousands of simulations before each event, which optimize vehicle set-up and racing line, while Formula E simulations include lift and coast strategies that optimize energy consumption against lap time,” Balcombe said. “The main challenge is getting the driver to execute these strategies on race day and for the engineers to adapt the car set-up to the specific track and weather conditions. The AI driver we use for development and demonstrations is trained in a similar manner and adapts to track conditions on race day.”

The team has learned as much from failures as from successes like Hong Kong.

In February 2017 in Argentina, while putting a pair of autonomous cars on track for the first time ever, one of the cars accelerated too hard into a corner and crashed when it caught the edge of a safety barrier. But in the same test, one of the DevBots slowed and changed course to avoid a dog that had run onto the track.

“There is a huge sense of satisfaction in training an AI driver and watching them deliver the performance you know they are capable of,” said Balcombe, whose optimism soared as he watched DevBot improve to the point that it finished within a few seconds of a human driver during a test lap in Hong Kong. “It’s very much like the feeling of a trainer in any other sport, be that horse racing, athletics, or football.”

But is it a sport if there are no human hands on the steering wheel?

So far, there’s a split among fans.  Some still treasure the driver in the car while others are interested in the technology and how it can trickle down to everyday driving. As Roborace organizers considered how to best position their new sport, Sverdlov brought in a former driver, Formula E racing champion Lucas di Grassi, as chief executive officer.

“Roborace isn’t trying to replace motorsport, but augment it. So human motorsport could become more human,” di Grassi told Top Gear in 2017. “The future of mobility is autonomous, that’s an industry consensus now. In the same way, I believe that motorsport is about the driver, who is the best human being behind the wheel. I want to develop the Roborace series to be complementary to traditional motorsport, and not to replace it.”

There are many ways that might take shape, including some far-out scenarios that sound closer to an acrobatic air show than a traditional race. In the near term, Roborace will be performing demonstrations using a combination of human and AI drivers — creating a collaboration between humans and robots.

In the big picture, that type of collaboration reflects how AI is capable of assisting, augmenting, or automating many human tasks across all industries.

For Roborace, and for many other businesses, the key to the best performance is finding the optimal combination of human and machine talents. 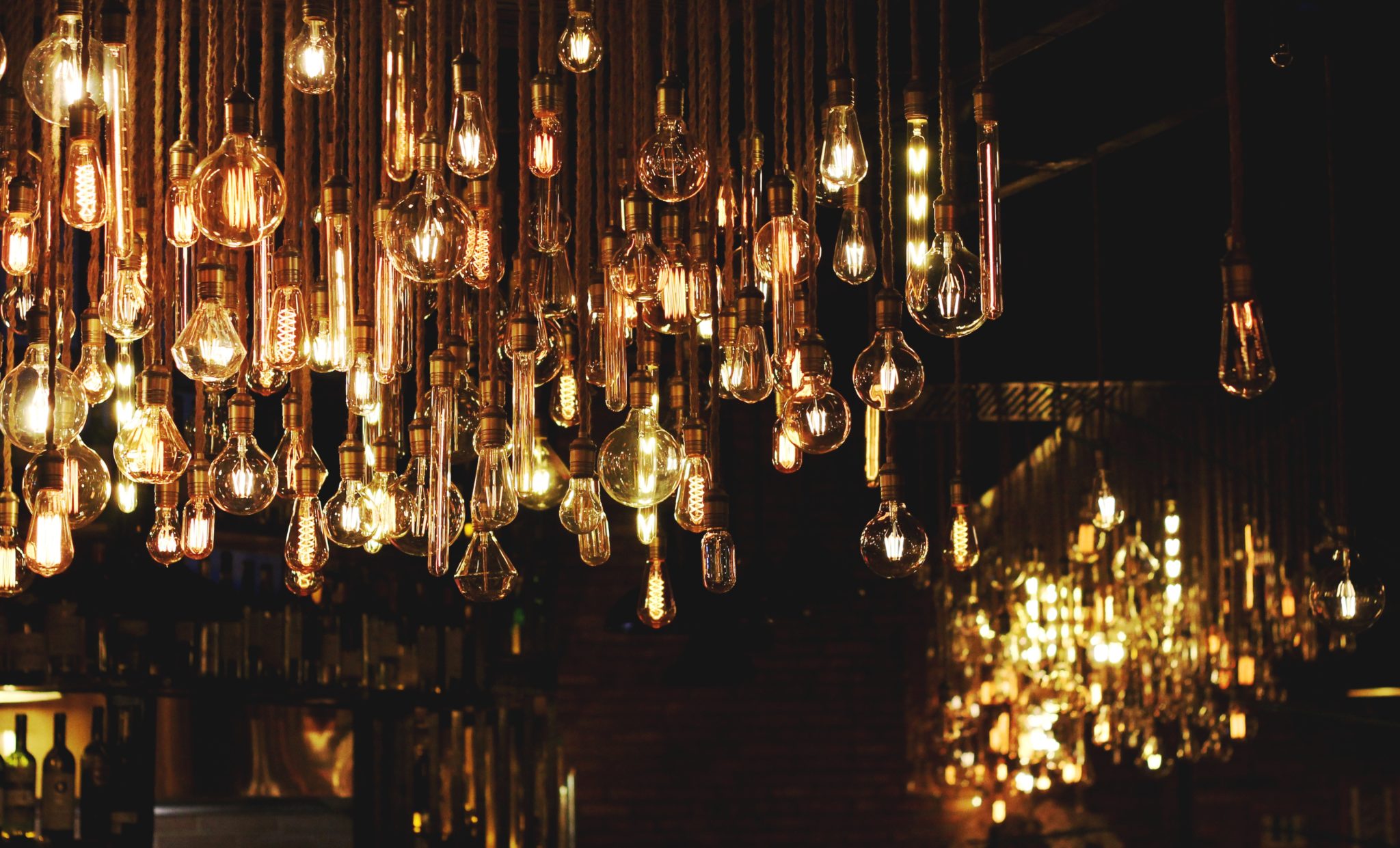 Next ArticleAI Behind The Light Switch: The Future of Power Utility