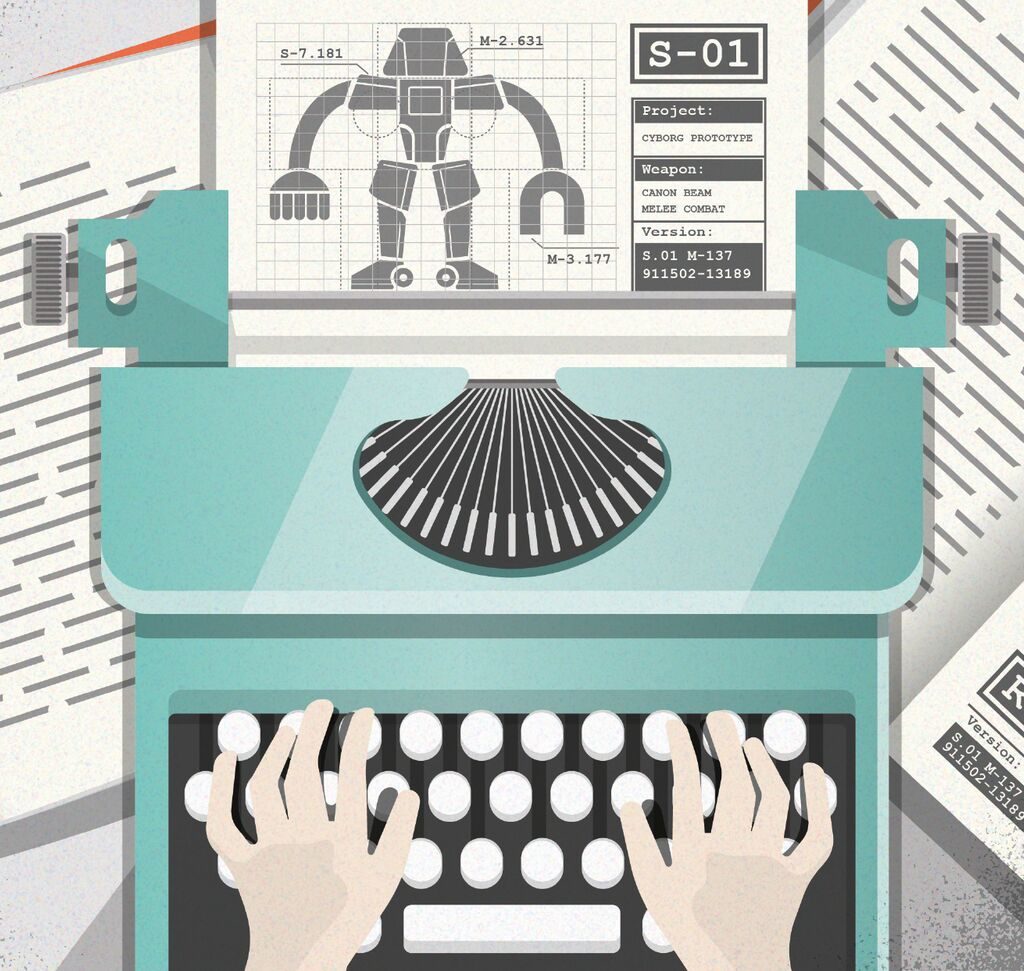 The Human Element: Sci-Fi Narratives Offer Insight Into the Future of Conflict

Science fiction was a leading indicator for invention and innovation during the 20th century, particularly during periods of profound technological and social change. It served as both commentary and inspiration after World War II, through the Cold War, and in the 1990s, when the advent of the Internet began to further narrow the gap between fiction and reality.

Technology that once only existed in the minds of science fiction writers—domestic robots, printing physical objects, global information networks—has now become reality. However, beyond fantastical inventions, science fiction’s narratives often contain a statement on society, humanizing problems and decisions. With this in mind, the defense community has begun to seek out the imagination of writers to test assumptions, stoke wild ideas, and ferret out unseen risks.

The Importance of Storytelling for a Holistic Perspective

We have to understand that unconnected technological innovations or breakthroughs can emerge simultaneously with other game-changing societal and political shifts. A holistic vision of the future should account for this complexity. As an example, a view of the Jet Age 1950s would be incomplete if it focuses solely on the DC-8 and Boeing 707 and excluded the Civil Rights movement gaining strength with the Montgomery Bus Boycott. More recently, social media platforms like Facebook helped empower restive populations in the Middle East and North Africa at the same time that bitcoin was starting to gain traction.

Looking forward, generational breakthroughs in AI research and implementation are underway in the U.S., Europe, and China at the same time that algorithm-driven gig work is growing globally and “once in a century” weather events are regular occurrences around the world. While no narrative is a perfect forecast, encompassing disparate elements can render a more honest, and compelling, picture of the future.

From storytelling, we can also understand technology as an expression of the human experience, not the other way around. A definitional movie like “The Terminator” continues to influence conversations about existential risks posed by AI and robotics. However, the 2013 Spike Jonze film “Her” about how an intelligent mobile operating system can fill a profound emotional gap is perhaps more important for understanding the future of conflict because it focuses on the intense bonds that will certainly develop between humans and sentient machines.

Technological innovation often has the potential for an unfortunate dark side, particularly in conflict. The flying cars promised by The Jetsons could be hacked and armed for close-air support. Elementary schoolers calling their parents from a wristwatch creates a technological tether that adversaries could exploit for intelligence collection or worse. Storytelling allows an exposition of risks, freed from boundaries inherent in traditional analysis or modeling.

Narrative as a Tool for Innovation

While art and monuments may be treated with reverence by most, it only takes one disaster to destroy them forever. There are several projects underway to capture these important pieces of history digitally, or even recreate them from images.

Project Mosul, which was spurred by videos of terrorists smashing artifacts at Iraq’s Mosul Museum, uses 3D modeling software to recreate lost works from photographs. Iconem, a Paris-based company of “heritage activists,” uses AI to stitch together thousands of photos taken by drones into a 3D model.

This digital preservation helps not only aid workers trying to assess the damages, but also teachers trying to impart knowledge about the civilization.

Using creative narratives also permits testing of hypotheses before the stakes get highest, like during a conflict, from a relatable, character-driven point of view. Traditional scenario development or wargaming does this too, but often fails to give a ground-level perspective that can unlock crucial insights.

Seeing a future world through the senses of a character – hero or villain – lets the readers engage on an emotional level while allowing rational consideration of how likely a certain turn of events might be or whether the introduction of a new technology may do more harm than good. In the balance between dystopian and utopian narratives, we confront our own biases and assumptions about what the world holds in store by joining the writer in the world-building.

Exploring the duality of technology is a central challenge as government and industry look for fresh insight into basic questions of what exactly war will look like. There is a mounting list of advances capable of destabilizing the international security environment, from tweets that might start wars to fake propaganda swaying entire populations to backroom gene-editing breakthroughs. When tools do not follow the cloistered development pathways of traditional military technologies, the understanding conveyed by short stories is particularly beneficial.

Even organizations as large and complex as the Department of Defense are seeking out creative thinking to prepare for the future. In 2016, the Marine Corps Warfighting Lab commissioned Marines to write sci-fi short stories in order to showcase its futures forecasts. That same year, Deputy Secretary of Defense Robert O. Work’s office entertained an Atlantic Council Art of the Future short story contest to explore the Third Offset Strategy. Finally, the U.S. Army Training and Doctrine Command’s Mad Scientist Initiative regularly taps writers such as World War Z author Max Brooks to help figure out what the coming decades hold.

This embrace of fictional narrative is having its moment because of a growing recognition that relying on status quo approaches to foresight creates strategic vulnerabilities. Former Chairman of the Joint Chiefs General Martin Dempsey recently wrote of the anthology Strategy Strikes Back: How Star Wars Explains Modern Military Conflict, “Over the course of history, our single greatest vulnerability has been a failure of imagination… Learning to imagine now will be time well spent.”

If enjoyable science fiction and narrative are to be taken seriously as a tool (who among us hasn’t claimed that the video game they are playing is for work) that means keeping in mind some simple guidelines about how it can best be used.

It’s worth remembering that any one story is a starting point in a discussion about what the future holds, rather than a crystal-ball prediction. New voices and differing viewpoints, including from authors abroad, also hold particular value. Take, for example, China’s Liu Cixin who wrote the The Three Body Problem trilogy about first contact with malevolent aliens. As a sci-fi tale it is remarkable, but it contains unique insights about everything from strategic weapons acquisitions to risks of the Internet of Things.

Of course, science fiction is just one tool in the foresight toolkit. When we look back with decades of hindsight at the myriad technological, social, and economic changes underway right now, it is likely the current crop of science fiction narratives will miss a critical breakthrough or a groundswell of movements starting to shape the security environment of the next decade. But we need not be blindsided, because we have made science fiction and narrative foresight a staple of considering what lies ahead.

Previous ArticleFrom the Reins of Cisco to Raising Unicorns

Next ArticleDisruption Starts From Within