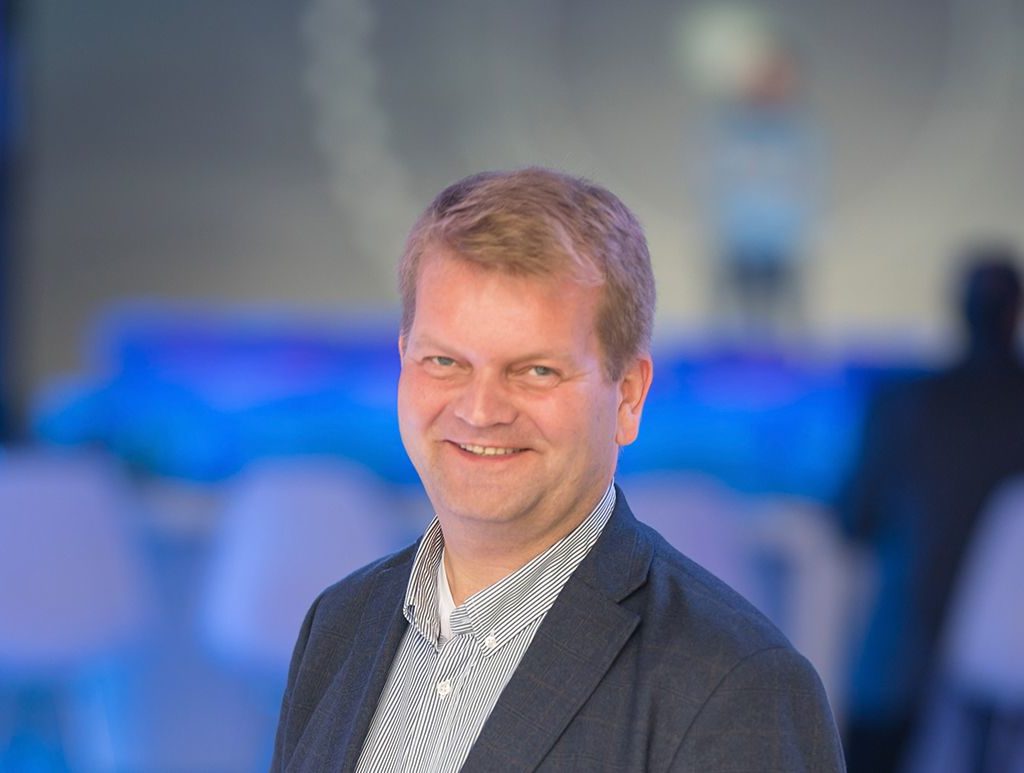 Not many executives in the oil and gas industry visit Silicon Valley darlings like Google and Spotify for inspiration—but Aker BP is a company that wants to do things differently. Lars Atle Andersen is the vice president responsible for making sure the company stays true to those tech aspirations.

Created only in 2016 after a merger of Det Norske and BP Norge, Aker BP is challenging industry norms with an innovative, startup-like mindset and a focus on digitization. “[Aker BP had] the opportunity to create a new company,” explains Andersen. “What kind of company do you want it to be?” For Andersen, technology is a major component to success, alongside a willingness to adapt and passion for what you do.

Andersen, who has a background as a safety consultant, came to Aker BP from the BP side, which he joined shortly after the 2010 Deepwater Horizon disaster. Formerly president of the Norwegian Guide and Scout Association (like a combined Girl Scouts and Boy Scouts), he felt a duty to improve the industry.

“I was called by BP asking me if I would like to join the company as a process safety technical authority,” Andersen says. “A lot of people around me said, ‘You shouldn’t do that, you shouldn’t go to that company.’ But in my world, they had to change. What an opportunity for a process safety guy going into that setting. They had a willingness to change and a willingness to do things differently, and that was a driver for me.”

While there has been talk of agile oil and gas companies since a 2016 McKinsey report, few are actually putting the methodology into practice like Aker BP. Andersen acts as the bridge between innovative ideas from staff and making the business case to top management—a significant responsibility, as every employee is encouraged to contribute to the company’s digitization journey.

Teams of about 10 people are taken out of their normal roles for a defined period of time (usually 16-18 weeks), then work in two-week sprints to deliver use cases for technology. At the end of each sprint, the teams present their work to stakeholders within the company for concrete feedback, whether that feedback is “This is helpful” or “That’s probably nice from an engineering point of view, but it won’t add anything for us.”

For example, an idea for a project for digital workers that used tablets to show operators the location and route to equipment proved unnecessary, as the operators know where the equipment is. However, another one that connected workers to onshore production engineers via Skype condensed a multi-day, bureaucratic repair process into a 15-minute video call.

“The first years we probably will not revolutionize daily work with the handheld tablets,” Andersen says. “But we will continue to add on with different programs that will really help them out there.”

Aker BP also takes a pioneering stance on the open sharing of data. The company got validation on this strategy while working with Framo, a pump company. Aker BP asked Framo to troubleshoot the most common failure causes, to which Framo responded that oil companies didn’t share that data. In fact, Framo didn’t know the normal failure modes of their own pumps.

“That was an eye opener to us. We need to empower them so that they can actually help us,” Andersen says. “Then they can build better pumps, and they can optimize the maintenance of it, and there’s so many benefits from that.” After searching for an independent data platform and turning up empty, the company spun off its own, Cognite. Cognite enables Aker BP to “liberate data” and share it across applications.

Another way the group has found success is with rethinking KPIs. When drawing up a contract with Framo, Aker BP changed the language from paying for a set number of scheduled maintenance events to setting financial incentives based on how successful the maintenance is at keeping systems operational. “That’s where we make the big money, not on reducing costs but actually improving the uptime,” Andersen says. “We need to create these win-win situations.”

These agile transitions haven’t come without challenges. Executives must adapt from the old mindset of having decisions driven by a central VP to a more collaborative process. Yet Andersen finds the shift inspiring. Always the safety guy, he’s excited that the changes could lead to a future of remotely operated, unmanned situations that remove people from hazardous areas. He also sees Aker BP moving toward zero discharge power sources that both reduce dangerous rotating parts and the environmental impact of the installation.

“The technology’s out there,” says Andersen. “It’s about daring to apply it and taking it into our framework. So, it’s not about technology. To me it’s about courage and it’s about mindset, and we need to change that both internally at Aker BP and also when it comes to all the companies that we work together with.”

Next ArticleWill Crickets Put NASA out of Business?