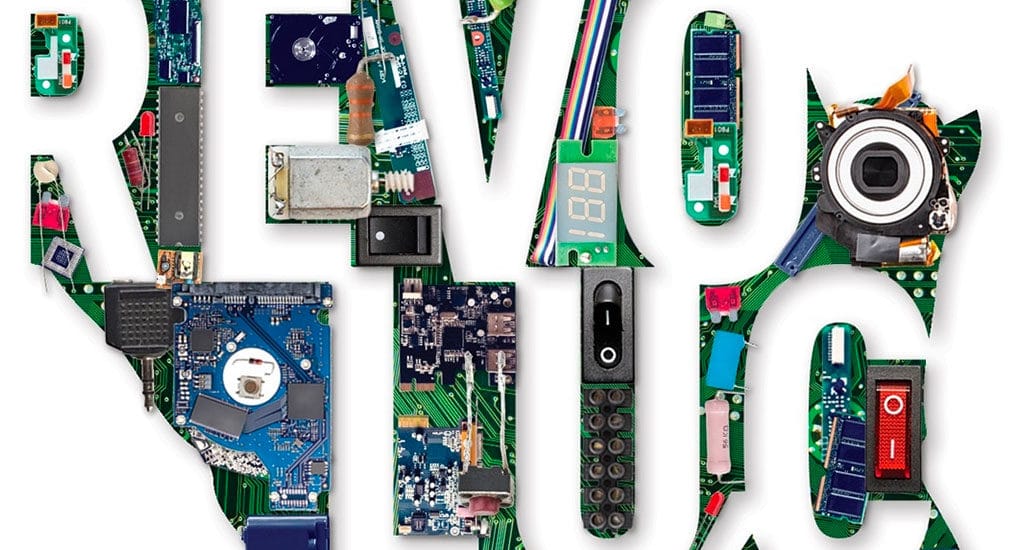 Midway up an office tower in Plaza Carso—the sprawling retail, office, and residential space in Mexico City—Oscar Márquez is planning how to usher the Slim family empire (and, if possible, much of Latin America) safely through the Fourth Industrial Revolution.

Márquez is chief technology officer for Global HITSS, a unit of América Móvil, the biggest mobile-phone operator in the Americas and the linchpin of the Slim fortune. Head of the family Carlos Slim is the richest person in Latin America, with enterprises that stretch across more than two dozen countries and multiple business lines, touching the lives of hundreds of millions of consumers in the region.

This business conglomerate was built on a backbone of telecommunications, an industry that is quickly evolving to require more technology and fewer humans. Leaner, faster companies are nipping at América Móvil’s heels while young Latin Americans shun phone calls and texting to instead engage via WhatsApp and Facebook Messenger. The business needs to evolve.

The Engineer, as Slim is known in Mexico, and his progeny are also concerned about what lies ahead for Latin America’s 644 million consumers as digital trends make some work obsolete and require more sophisticated skills for others. Rather than sit on their hands, the clan has tapped Global HITSS to guide their companies, and their customers, into the digital realm.

Márquez says the command from higher up is: Hagan travesuras. That literally translates as “make mischief.” In U.S. corporate speak, it means push the envelope, get creative and pull tricks out of a hat to promote new ways of doing business.

The idea is to get América Móvil into shape, and then extend that knowledge to other industries—including retail, consumer goods, real estate, construction, and mining—through consulting and partnerships, so that Mexico and Latin America don’t get left behind as the world depends ever more on digital interactions and AI-driven automation.

The challenge is daunting. According to the World Bank, digital adoption (measured by Internet and smartphone use) in Latin America and the Caribbean substantially lag that in East Asia and among Organization of Economic Cooperation and Development (OECD) countries. Productivity rises and economic growth is more inclusive with more widespread digital adoption, the World Bank argues.

Like much of Latin America, the business culture in Mexico is bureaucratic and antiquated, with a heavy reliance on paper documents. Confidence in digital transactions is weak. Cash remains king. In Oxford Insights’ Government Artificial Intelligence Readiness Index, Mexico scores poorly in the areas of tech skills, digitalization, and public sector innovation—crucial preconditions for implementing AI technologies.

Yet change is certain. Oxford Insights predicts that one in five jobs in Mexico will be impacted by automation over the next two decades, ranging from tasks being made easier to jobs being fully replaced. The largest effects will be felt in the manufacturing and construction sectors.

“Mexico is not yet prepared [for automation],” Márquez says. “But we have to take these steps to prepare it in a realistic way.”

When Global HITSS turned its gaze inward on the Slim conglomerate, roughly a year ago, it found stubbornly old-fashioned habits. Some of the processes within América Móvil are relics of the 1990s, when Slim acquired a stodgy, government run phone company called Teléfonos de México. As Telmex morphed into a multinational behemoth with 279 million wireless subscribers and operations in more than a dozen countries, it automated the manual way of doing things but didn’t necessarily transform the way things are done. So each task has its own silo.

Since faith in digital transactions is generally low in Latin America, there are multiple authorizations with printouts and signatures required on physical documents to open accounts. One technology reporter complained via social media recently that he reached so far into the cobwebs of América Móvil to report a stolen phone that he was asked to file the report via fax. It took him hours to track down a fax machine in Mexico City.

Yet América Móvil and the Grupo Carso conglomerate of which it’s a part are a world ahead of many businesses in the region. The small- and medium-sized companies that supply 90 percent of the jobs in Latin America are very much behind on digital adoption. It’s like they’re speaking another language. This threatens the consumer base that has been the Slim family’s bread and butter for decades.

“All of the solutions that are today very linked to big corporations, the idea is that we can bring them to platforms and then massify them,” Márquez says. “We at HITSS can’t lose sight of the fact that the DNA of this group is mass market.”

HITSS has pilot projects with applications in health, retail, smart cities and public safety—to name just a few areas on their radar. Every sector is under consideration, and partnerships are welcome. The applications mirror Slim’s business reach, while also encompassing philanthropic priorities such as public health and urban renewal. 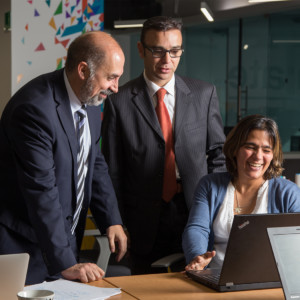 Plaza Carso has four glass-encased office buildings, a Saks Fifth Avenue store, and a free museum that showcases some of the artwork that Slim has collected over the years, including Rodin sculptures as well as Impressionist paintings.

The tower that houses Global HITSS sits above a marketplace where on a recent Thursday the lunch crowd was sipping sparkling wine and nibbling on Spanish-style tapas. The lobby is sun-drenched and rimmed with vehicles for sale from brands like Jeep and Alfa Romeo. On level nine, HITSS deploys an open floor plan with plush couches on which collaborators can gather to brainstorm.

It’s an enviable work environment. Yet Global HITSS struggles to retain collaborators. The company hires 400 engineers each month, in part because HITSS is in expansion mode, but mostly because talent is often poached by competitors and clients.

“There is tremendous piracy between technology companies. Someone learns something, becomes valuable to others, then gets taken away. There are not enough people,” Márquez says.

Across Latin America, HITSS employs 8,000 people, 6,500 of whom are programmers who primarily work directly for clients. Around 300 employees are dedicated to product development.

According to Monica Flores, president for Latin America at ManpowerGroup, more than 40 percent of employers say that they don’t find the right candidate at the right time in Mexico. The issue, she says, is that Mexico is focused on developing “operative” skills, when it needs to focus on teaching creativity, learnability and complex problem-solving. This is especially true in technology fields, where textbook cases become obsolete within years.

Not far from Global HITSS, on the penthouse level of a WeWork shared office space, economist Manuel Molano moves a potted plant to one end of a round table and places an empty water glass at the other. The potted plant represents Mexico’s richest, while the water glass is the poorest, as he improvises with props to describe how the middle class in Latin America has grown in recent years.

Molano, deputy director of the nonprofit think tank Mexican Institute for Competitiveness, harbors grave concerns about the effects of automation on Latin America. By his estimation, the region has for too long leaned on commodities and the extraction of natural resources to generate economic growth, while failing to channel that wealth into a better-educated public that has the tools to adapt to shifts in technology. He worries also that companies won’t see the full circle, that they will automate so much that they will kill off their own consumer base.

If he were the Engineer, Molano says, he would be doing exactly what Global HITSS has been tasked with doing: thinking about how to automate the Mexican economy; how to sell more services to the government and to big companies; and how to reduce costs for Grupo Carso.

The way Molano sees it, América Móvil is right to extend its digital reach through artificial intelligence, to educate Latin Americans, bring them communications services and make them more productive. These moves likely ensure the company continues to have clients. But more than that, Global HITSS is stepping in where governments have failed, to harness the region’s potential.

“That’s having your head in the future,” Molano says.