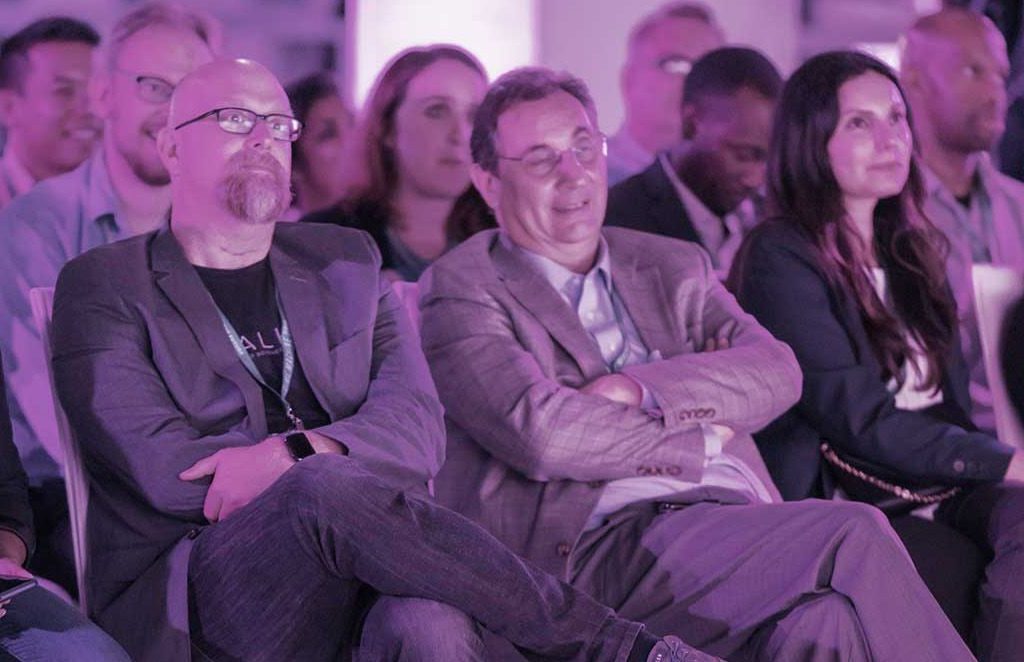 Questions both as grandly philosophical as the nature of self, and as nuts-and-bolts pragmatic as how automation will transform the energy industry, were considered by leading minds from across a host of industries gathered in Austin for two days last November. There, they discussed the myriad ways artificial intelligence is transforming business, culture, and the human condition.

“We are facing the last true frontier,” said Charlie Burgoyne, CEO and head scientist of Valkyrie Intelligence, to the crowd of executives, academics, and engineers who convened for Time Machine, SparkCognition’s 2nd annual conference on AI and future technology. Learning to navigate that frontier will undoubtedly shape our world’s future.

The most fascinating piece of matter in the universe is the human brain.
– Dr. Heather Berlin, professor of psychiatry for the Icahn School of Medicine at Mount Sinai

The impressive roster of speakers included Admiral Bobby R. Inman (USN, Ret.), former head of the National Security Agency and deputy director of the CIA; Ted Colbert, CIO of Boeing; and neuroscientist Heather Berlin of the Icahn School of Medicine at Mount Sinai, who opened the conference by detailing how the intersection of technology and neurology could be used to treat Parkinson’s disease. These advances could lead to neural implants that enhance brain functions. Berlin argued that these developments are coming far sooner than we might think, and while it promises great things for humanity, we need to grapple with its implications now. Who will have access to these implants, and how might uneven accessibility affect our society? How do we ensure these implants aren’t hacked? And what do they mean for our personal identity and sense of self?

Intellectual diversity is the most important component in innovation.
—Amir Husain, founder and CEO of SparkCognition

Theoretical physicist and novelist Tasneem Zehra Husain kicked off the second day of the conference on a similarly large-scale subject, stating that “Possible, to me, seems like a very elastic term.” There is so much in the universe we are still discovering, she explained, right down to the nature of space-time, that our definition of “possible” must always be evolving. When it comes to the growth of technology and AI, we aren’t even close to exhausting the possibilities.

Other speakers focused their discussions on specific industries. Paul Browning, president and CEO of Mitsubishi Hitachi Power Systems America, painted a picture of the autonomous power plant of the future. Jordan Hefferan, GE Aviation’s director of digital services, shared his vision for using aircraft data to reach a point where unplanned failures or emergency maintenance are a thing of the past.

National and international policy effects also got their due. Top minds from the Department of Defense, the Defense Innovation Unit, and the military all stepped up to lend their voices. Their consensus? AI will be used in warfare, whether we like it or not, and the time to prepare is now. 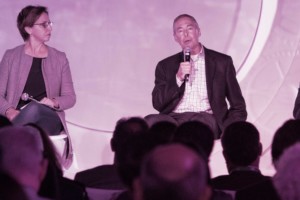 “I would like to see the governments of the world write the next chapter of the Geneva convention for the era of AI,” Bruce Porter, computer science professor at the University of Texas at Austin

The final keynote was SparkCognition’s founder and CEO, Amir Husain. He argued that AI is going to solve many of humanity’s problems, and is going to change the shape of society as we know it. To pretend otherwise is to be left behind.

Of course, these sweeping changes take time—which allows skepticism about AI to grow. “There’s the initial discourse that AI will solve every problem, and then the reaction that it’s a fraud. The truth is somewhere in the middle,” Husain said. We’ve arrived at what could well be the last true frontier, but there’s a journey ahead. “Therefore, the greatest discovery that man has ahead of himself is some patience.”