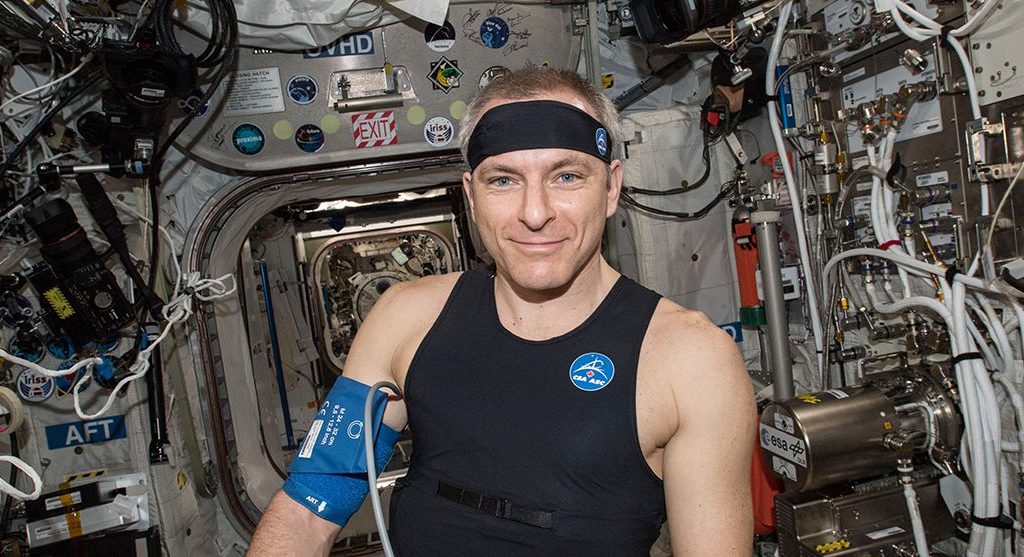 Smart shirts, like those produced by Hexoskin, could help save lives with better and quicker health monitoring.

When Roxanne Vogel stepped back into her Berkeley, California, apartment just before midnight on May 24, she had been away for almost exactly two weeks.

During that 14-day stretch, she’d made her way to Nepal, summited Mount Everest, and returned home. Most journeys to climb the world’s tallest mountain require at least two months. Vogel managed the feat in a single pay period.

Along the way, she was wearing an innovative smart shirt that continuously recorded her heart rate, blood pressure, breathing rate, blood oxygen levels, and more. Once she was home, after she unpacked her parkas and sleeping bags and climbing tools, she uploaded hours of health data. The information gathered from Vogel’s Everest science project wasn’t just meant to benefit the training of elite athletes. It could one day lead to connected clothing becoming as common as an Apple Watch.

Vogel’s setup was built by Hexoskin, a Canadian company that has been studying how to capture robust health data for more than a decade. In 2013, it introduced the first wearable smart shirt, featuring sensors that measured cardiac and respiratory rates. Hexoskin has tested its clothes in the most extreme conditions, including a trip to Antarctica and a journey into space. Yet its ultimate focus is closer to home.

Hexoskin believes wearables are the key to the future of managing health. When we get sick today, our options are pretty much the same as they’ve been for decades: go to a doctor’s office or hospital. Efforts like Hexoskin’s open the door to remote care of chronic diseases, letting patients rehabilitate at home.

People with lung diseases like COPD, for example, need to be monitored more closely when they have a coughing fit and begin to feel out of breath. This spike in lung function is typically measured in a lab with a face mask and computer, but the symptoms often present themselves initially in everyday activities like climbing stairs and doing housework. A comfortable shirt sporting sensors that track your vital signs and relay that information to your doctor has the potential to save lives.

The intersection of wearables and health care offers an enormous business opportunity. Worldwide shipments of wearable devices should reach nearly 223 million this year and top 300 million by 2023. More than half of those are dedicated to personal fitness or biometrics, with others intended for gaming, work, and medical monitoring. The future of health care has also drawn the attention of giants like Google, Apple, Amazon, and IBM.

Hexoskin has been in the game since 2006 and believes it has a significant head start on even its largest competitors. Its Smart Kit, available for $499, comes in men’s, women’s, and junior sizes with 30 hours of battery life (an Apple Watch has 18 hours of battery life) and the capacity to store and forward 600 hours of raw data. Accuracy is one of the company’s points of pride as well. Its website lists more than 70 independent studies that validate its data.

That accuracy drives Hexoskin’s secret weapon: its connected health platform powered by artificial intelligence. While having access to lots of information is helpful in developing machine-learning algorithms with health data, it needs to be accurate as well. 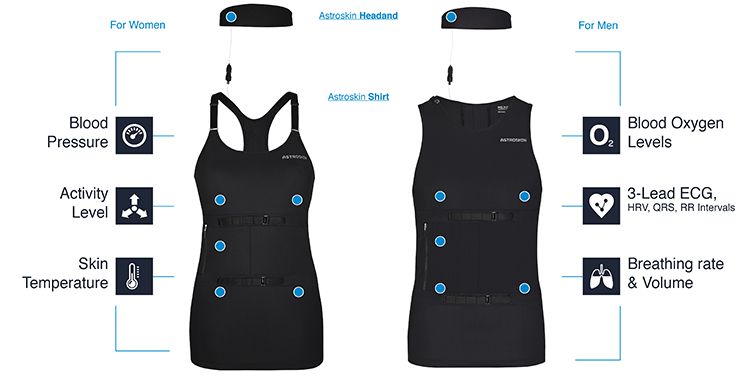 “The raw data that comes from the shirt also carries a lot of noise,” said Romain Lafargue, a marketing and business development coordinator at Hexoskin. “So we built an algorithm to filter out the sound and convert the electrical signals into heart rate and other cardiac metrics.”

The platform was the first stop for the data Vogel collected on herself during her Everest expedition. She was wearing an advanced model called the Astroskin, which includes a headband to measure blood oxygen levels along with materials and sensors tested to perform in the harshest conditions. (Astronauts from several countries are testing the garments aboard the International Space Station.)

Other than changing out a pair of AA batteries every 48 hours, Vogel said she hardly noticed the Astroskin as it collected enough data to require hours of uploading once she was back in California.

“I had seen that they used it in Antarctica previously, so I knew it was capable of functioning well in cold temperatures. And I knew that they used it at the space station, so I knew that it worked for what it needed to do,” said Vogel, who plans to publish initial summaries of her research on how the body responds to rapid changes in altitude later this year. “Just the idea of being able to capture all of that data without having to stop and take individual readings was really appealing to me.”

It’s easy to see how that would be appealing to people in our everyday lives too. Within the next decade, we’ll be surrounded by a network of connected clothes, glasses, jewelry, shoes, and more, finding ourselves at the center of a network of information about us. We won’t even have to go to Mount Everest to make it happen. 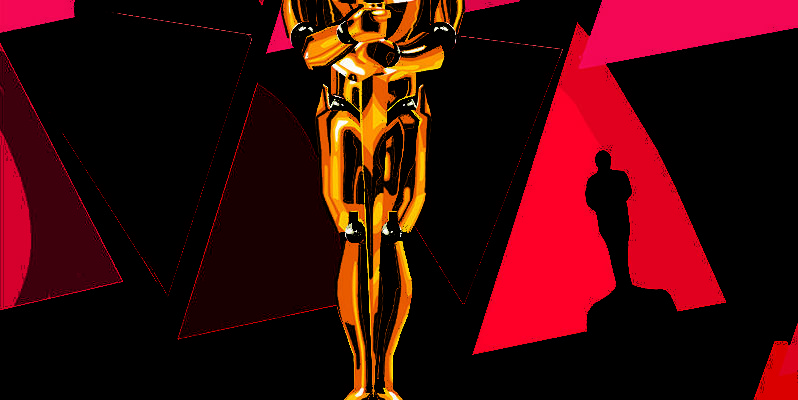 Next ArticleTiny Warriors: The future of robot warfare is here, and you can hold it in your hand