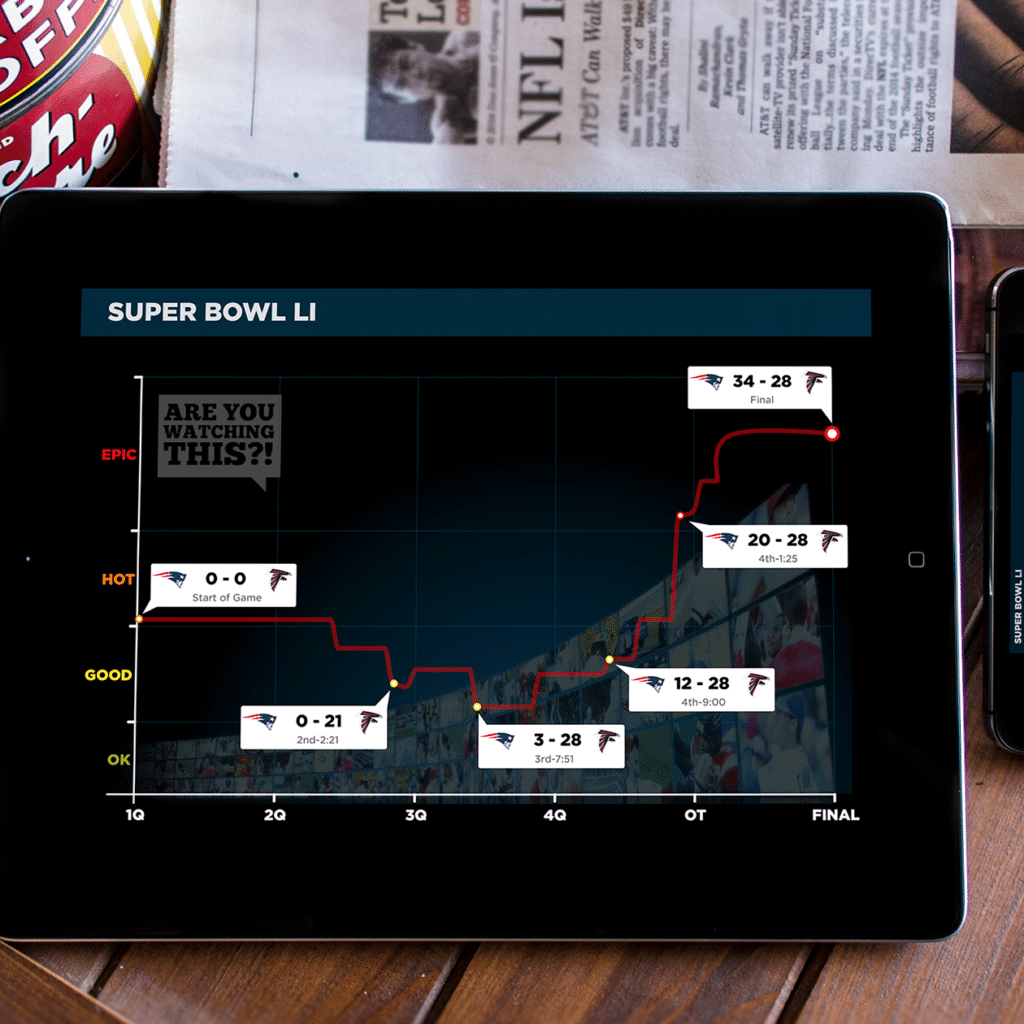 Advanced statistics and our love of quantifying achievements have turned sports into a battle of numbers. Debates over which team or player is better are settled with a barrage of statistics. But what happens when you try to measure something immeasurable? Like how exciting a game will turn out to be?

Mark Phillip has spent 13 years studying what factors transform a ho-hum game into an instant classic. What he’s discovered may hold the key to the next wave of sports fandom.

Phillip, who’s based in Austin, Texas, created Excitement Analytics, a system of tracking everything from rare events (like a baseball no-hitter) to longtime rivalries to unlikely upsets as a way to determine when a potentially historic sports moment is about to occur.

Phillip’s company, Are You Watching This?!, packages that system as a service that broadcasters, sports books, and sports bars use to help customers find the biggest games of the day. It’s an innovative solution to the problem of sports FOMO (fear of missing out). For today’s fans, the sheer number of games vying for their attention is overwhelming.

One out of every four days of the year has 100 or more sporting events going on. On fall Saturdays, that number balloons to more than 500, which might include college and pro football, college and pro basketball, playoff. baseball, international soccer, and more. Even in these days of multiple international sports networks, how does a sports fanatic keep from missing out on seeing something amazing happen live?

That’s where the machine learning behind Excitement Analytics comes in. The system has reviewed more than 300,000 games across more than a dozen sports since 2006, ranking them as OK, Good, Hot, and Epic. Those ratings can change throughout the game and even be customized for particular parts of the country, so that a Hot game in New York may not reach that same level in St. Louis.

“Imagine a win probability graph that kind of starts in the middle. It might go up or down depending on who’s going to win,” Phillip says. “The more violent that win probability graph is going up and down, the more exciting the game is. If one fan base feels like they were punched in the gut at the end of the game, generally that adds to the excitement.”

A graph from the New England Patriots’ come from behind win over the Atlanta Falcons in Super Bowl LI shows how those swings of momentum can change a game from Good to Epic in a matter of minutes. Even for a Super Bowl, the game ranked pretty low on the Excitement Analytics scale when the Falcons took a 28-3 lead midway through the third quarter.

But as the Patriots began to rally, factors like a potential comeback (no one had lost a lead that big in the Super Bowl before), rarity (the first overtime game in Super Bowl history), and individual performances (Tom Brady winning a fifth ring) pushed the game into Epic territory.

There’s no doubt that text alerts that give you a digital tap on the shoulder when something incredible is happening are useful, but where Phillip’s technology really gets exciting is in some of the ways it could be used in the near future.

Imagine sponsorship opportunities like an “Uber Eats Food Delivery” alert with a discount for fans of the Houston Rockets when Russell Westbrook nears 15 assists in a game. Or a Budweiser “Grab Some Buds” coupon sent when there’s a football upset in the making at halftime.

Perhaps the most intriguing possibility revolves around sports gambling, especially while the game is in progress. Fantasy sports provider FanDuel has said that 40 percent of its sports betting business in New Jersey takes place during the game.

Most of those sports books rely on a “Watch & Bet” strategy, showing live games on massive TVs everywhere you look as a way to encourage betting. But Phillip believes that Excitement Analytics could flip the strategy into a more widespread “Bet & Watch” approach.

With Bet & Watch, you wouldn’t have to be at a casino or betting parlor to make a wager. When a game reaches Epic proportions — say, the UCLA-USC football game is tied in the last two minutes — you could get an alert on your phone with the option of betting $2 on the outcome to watch it for free on the device of your choice.

“Nudging people to bet is going to be an important revenue generator, because for the sports books, the more money that is bet the more money they make,” Phillip says. “So, understanding how to nudge and when to nudge is also really good.”

Phillip admits some companies might take a cautious approach to a Bet & Watch strategy. ESPN, owned by Disney, might be slow to be associated with collecting gambling debts. But it might be a feature that finds its way into a chain restaurant like Buffalo Wild Wings, which has announced they are looking at ways to bring sports gambling into their locations.

With their data potentially powering everything from targeted TV ads to sports bar programming, Phillip and Are You Watching This?! may turn the humble text alert into a major attraction for tomorrow’s sports fans. 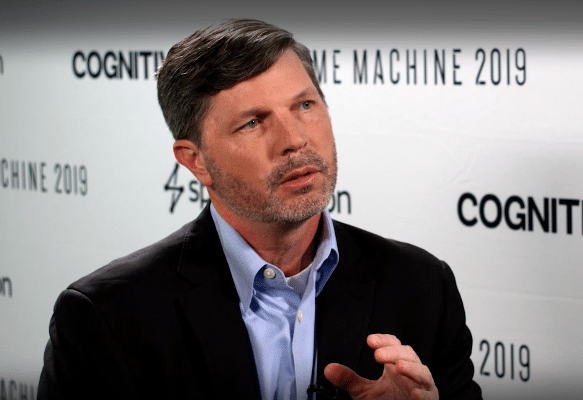 Previous ArticleHow Can AI Help in the Fight Against Hackers?

Next ArticleHollywood AI: Her