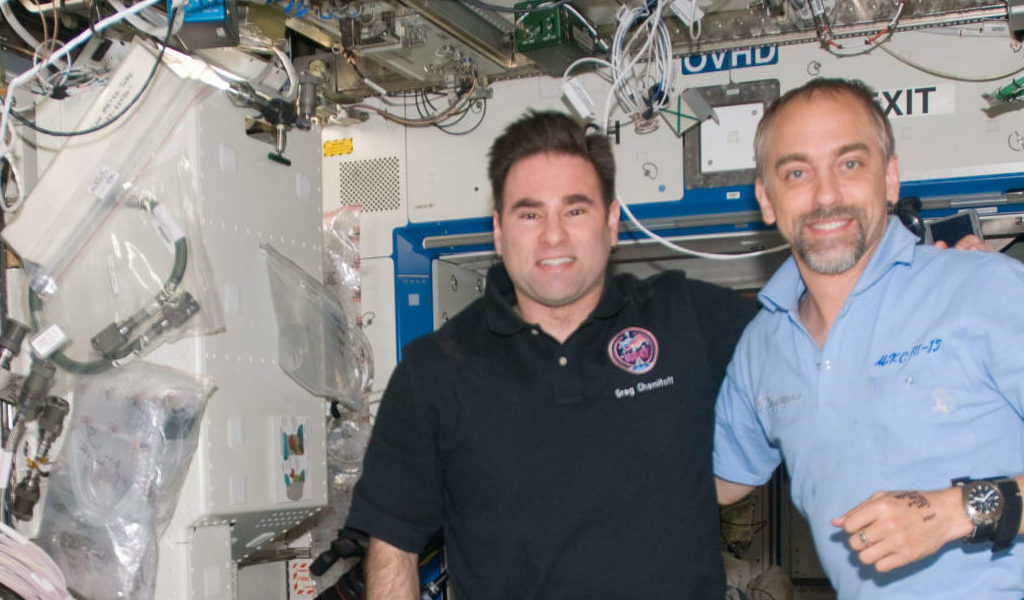 AS MODERN VIDEO games become more immersive and mind-bogglingly real, gamers want to know how developers are going to take their playing experiences to the next level. Who better to ask than legendary gaming pioneer Richard “Lord British” Garriott de Cayeux, the creator of the genre-defining Ultima series, for his opinion on what’s next?

Considered a founding father of the video game industry, Garriott has enjoyed an illustrious career shaped by his desire to innovate and explore. From coining the term massively multiplayer online role-playing game (MMORPG) to being only the sixth person to explore space as a paying traveler on the International Space Station, he has led a remarkable, jam-packed life. And now he’s one of several industry titans leading the conversation on artificial intelligence in video game development.

Given his background and expertise, we leapt at the opportunity to ask him about the state of AI and gaming in 2020. As you’d expect, his answers were both deeply considered and wildly entertaining.

COGNITIVE TIMES: About two years ago, Epic Games CEO Tim Sweeney said that video game AI “is still in the dark ages.” A, Do you agree? B, Do you think AI development in the gaming industry is moving slower compared to other industries? 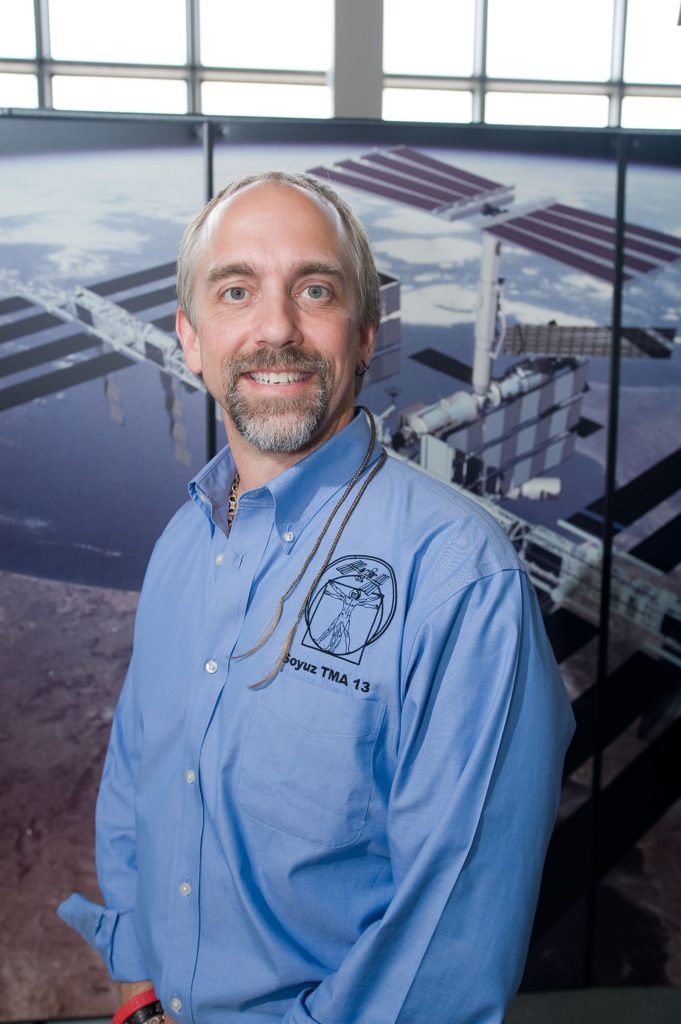 RICHARD GARRIOTT: Absolutely! Game AI remains in the dark ages. But we are at least able to “see the light” and are crawling towards it! Some good examples of the shortcomings of AI in games can be seen in even simple cases, where an AI opponent might be “hunting” a player, and they will often get stuck running around in literal circles, unaware of their own “stuck” state. I would like to believe that many of my own games, even 30 years ago, started championing NPC (non-player character) AI, when the characters in my game were given schedules to live their lives by, such that they would simulate a daily life, and conversational AI, where players could explore a variety of topics that a character might have some unique knowledge of in an ad hoc way.

While AI in most modern games remains simple “state machines” and branching conversations, progress is being made. The best combat AI in games can now beat most players, largely due to the speed of their deliberations, and interestingly, in squad games the AI’s willingness to sacrifice individual agents to achieve victory, which often real players are less likely to do.

CT: The primary goals of advancing AI technology in industries like oil and gas, utilities, and health care are to increase efficiency and reduce operating costs. In your opinion, what are the biggest ways that AI has impacted game development—from animation and graphics to narrative and character design?

RG: Interestingly, while I believe that AI will affect animation and graphics deeply in time, the real push has so far been in battle tactics as well as conversations. As noted above, battle tactics have made real progress in recent years, but conversations far less so.

We all have seen Alexa, Siri or Google voice assistants… while these technologies have become very good at managing a few household automations and ordering systems, they are FAR from having a normal conversation with a real person. In a game, each and every NPC must have a unique personality and information, a unique motivation for dealing with the player, how and when they might help or hinder the player and in what way. This is FAR more complex than a single entity like Alexa with a limited and individually programmed set of functions they can assist with. I fear a strong NPC conversation will really demand something much closer to a “general AI” solution…yet one which could be directed like an actor.

RG: Closing the gap with reality… If you watch Netflix’s Black Mirror: Bandersnatch, it is about the state-of-the-art TV/cinema, but with periodic branches in the narrative, that had to be carefully strung together. Very compelling visually, but a small set of periodic interactions. On the other side, open-world games can give players great freedoms, but rarely if ever do we see narrative moments with nearly the power of a scripted movie-like experience. AI will close this massive gap. AI can act like “real-time directors” adjusting the scenes to match the player’s arc, finding the right moment to give clues, reward or resist the player to ensure we maximize impact!

CT: Your renowned Ultima series is widely credited with influencing the MMORPG genre. If you were to reboot the series in 2020, what specific AI techniques—or tools—that are being used in modern MMORPGs would you be most excited to utilize, and why?

RG: Rebooting today would still leave me wanting for AI, because while battle tactics have advanced dramatically, conversation and other plot-related AI has not. So, if I were to start today with unlimited time and budget, I would likely try to tackle the AI-driven NPC. I would give this NPC (like the others in the play space) an understanding of who they were, what their skills were, who their families were, and pools of information such as world knowledge, regional knowledge, local knowledge, and their individual knowledge. They would start with initial conditions such as jobs, family and motivations. But as the world evolved they would likely change. For example, if the people of a town, were treated well by a player, the NPCs there would likely help them in return, yet, if a player conquered said town, the people may pay up at first, but then happily sabotage the plans of their unwanted master. This type of AI agency in NPCs is not near at hand—there is still much work to be done! 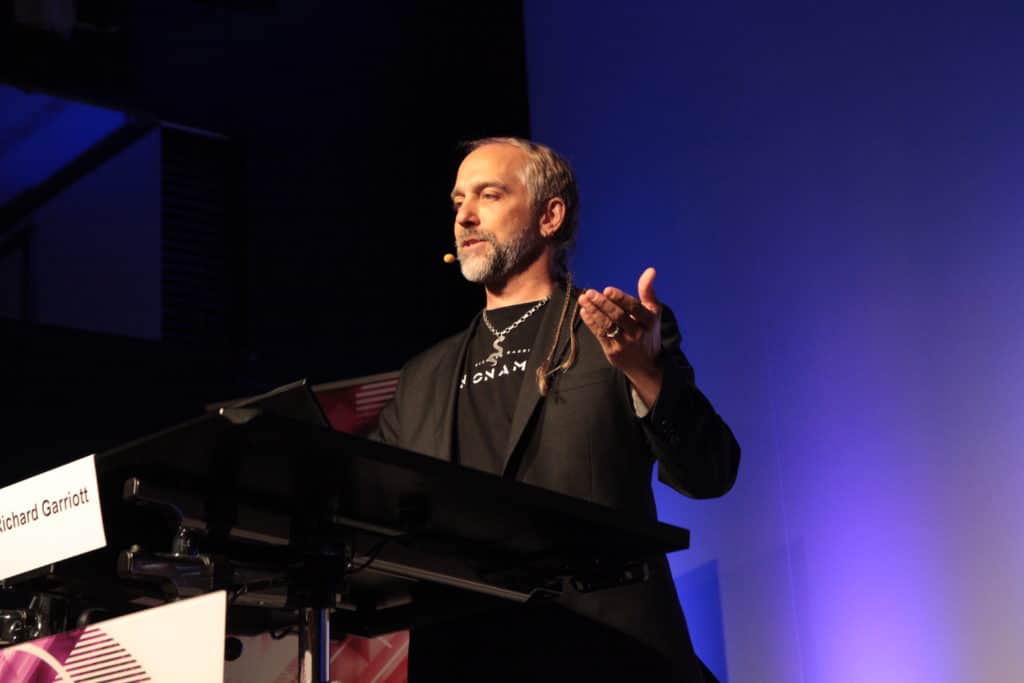 CT: While AI has become extremely efficient at reacting to players’ actions, it’s not quite capable of being strategic yet, or as you put it in your Time Machine 2018 talk, “going in with a master plan.” In your opinion, how close are we to seeing this level of competitive strategy from AI-powered characters?

RG: For combat AI, we are getting very close. The human teams that beat the best AIs today do so by studying the arena and their opponents (even the AIs), coming to conceptual ideas on strategy and then implementing them well. To my knowledge no game AI has done this…yet, rather, as you noted they are just masterful at reacting in real time, quickly, as they see things unfolding on the field. Some likely have “preprogrammed” initial approaches, but rarely if ever any “one level up” cognition about the board or the opponent. That being said, this “next level up” in cognition should be now approachable, since the tactical responsiveness has evolved so well.

CT: Even though sophisticated AI is a huge selling point, Alien: Isolation, for example, was criticized for its punishing difficulty due to the Xenomorph’s sophisticated AI-driven behavior. Do you think video game developers are hesitant to build high-level AI into their games in fear of damaging the overall player experience?

RG: Alien: Isolation is a great example of how focusing the problem on a single AI agent for the entire story can be done very well within the limits of a combat-type experience. Sort of like Alexa or Siri are evolving well, but AI to drive numerous NPCs at the same time remain further off. In Alien: Isolation, they have done a great job of putting a director AI on top of the creatures’ tactical AI. That upper-level AI could have been written to crush players, which would drive off players, but rather the director AI has been written to purposefully let, or in fact force, tension rise and fall. This rise and fall is important to movies and games alike.

CT: As a game developer and designer, what do you think is the best solution to implementing AI that is smart, competent, and unpredictable, but also fun to play against?

RG: My main critique of AI found in board games like chess and checkers is that they are now all so good, they can easily beat most any real person, and turning down the AI seems to just introduce random mistakes. They rarely feel like a human opponent that you could mislead with feints, nor dominate by skillful play. Fun is, of course, the number one goal of a game, in order to compel and retain players…but personally, I also think AI-driven games will not only eventually craft great narratives, but these narratives will have deep meaning and relevance to the human experience. A great AI can meet you where you are, fill in gaps in your understanding and motivation, lead you when needed, challenge you when needed and give you not just a fantastic experience, but one which (when coupled with content that might be educational or important) makes the player a better person for having gone through the experience.

CT: What is your advice to programmers, game developers, and others in the industry who want to create fun, engaging gameplay with AI? What would you tell them makes “Good AI” vs. “Bad AI”?

RG: Research! While AI in games is moving forward at a good clip now, and recognizing that the AI needs of a game are unique to games, I always believe in “casting a wide net” for ideas and inspiration. For example, don’t just study the AI in your competitor’s games. Don’t just study AI in other fields. But also study the theory for what a good AI agent should do for the game. For example, study story craft, and film craft. Only by knowing how, for example, is tension managed in a linear work could you expect to then approach how to manage it in a nonlinear game environment. My other advice would be that since time and money are far from limited, don’t “bite off more than you can chew.” AI in games remains a daunting problem, but step by step, game by game, we can each advance the state of the art, and together we will tackle this vexing problem.

Next ArticleHarry Potter and the Sorcerer’s AI