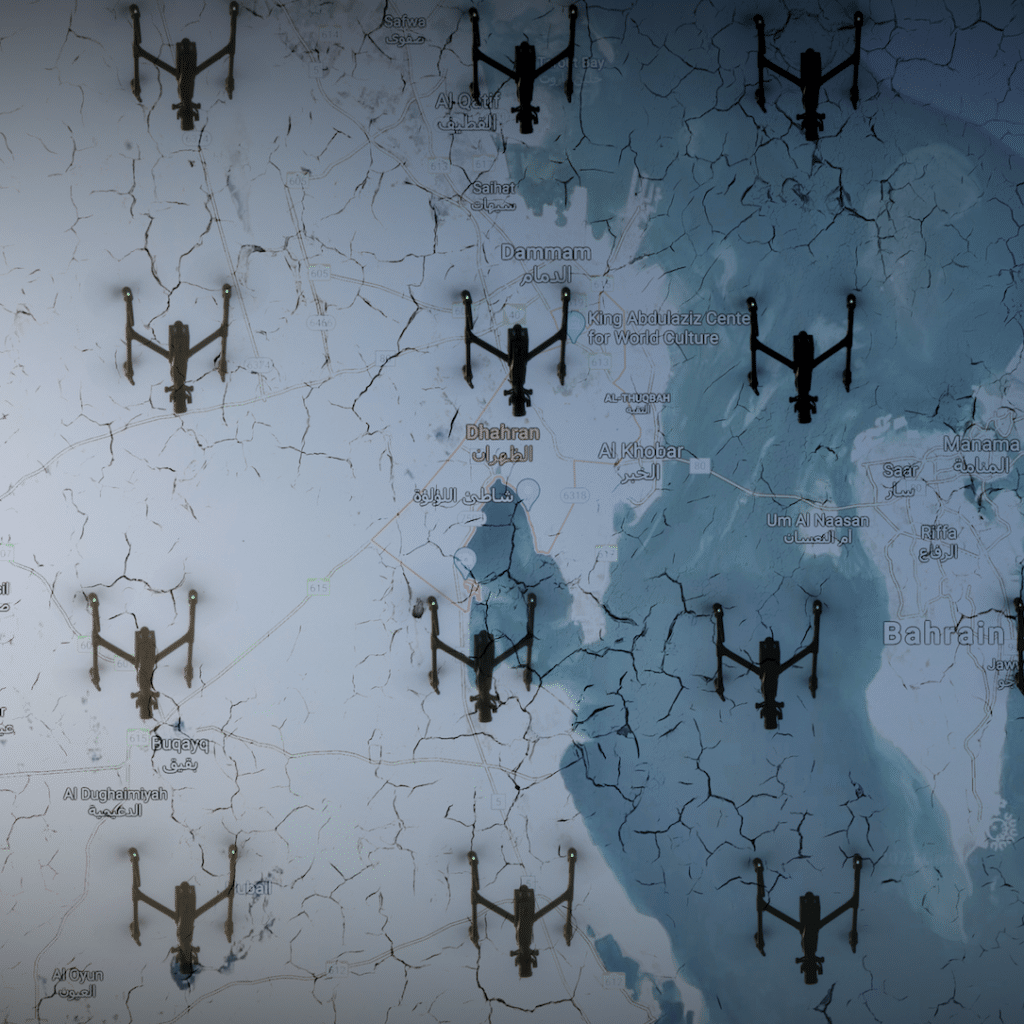 When a mysterious flight of drones attacked two critical Saudi Aramco refining facilities last fall, it underscored that the shadowy fight against unmanned aircraft is not going well even for some of the world’s best funded militaries. The consequential attack, which reportedly included more than two dozen drones and cruise missiles fired by Houthi rebels in nearby Yemen, flew right past Saudi Arabia’s advanced U.S.-supplied air- and missile-defense networks.

Troubling on its own, the attack also signifies more troubling trends. On a macro scale, it’s symptomatic of a growing list of near- and long-term threats emerging from globally proliferating technologies like drones. One day, this type of technology might be an invaluable tool capable of benefiting society. The next, it’s turned into a potent tactical or even strategic weapon. 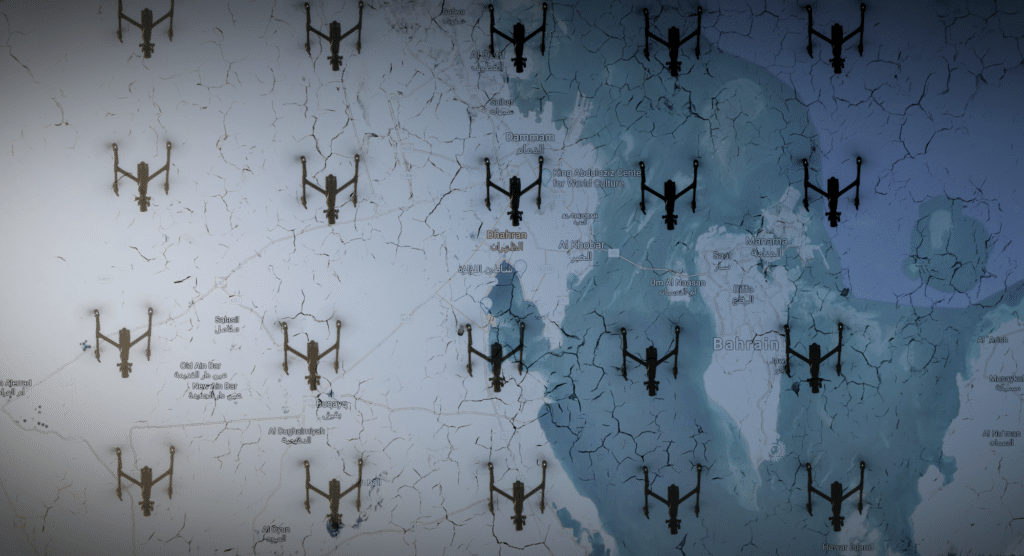 But specifically, the Saudi Aramco attack is a harbinger for the escalating prominence of small drones on battlefields around the world—and a reminder of how difficult they are to defeat. For years, U.S. forces and their allies in Iraq and Syria have been under attack from relatively cheap quadcopter drones that drop grenades or are packed with explosives. But despite the pervasive threat, a clear defensive solution continues to elude U.S. officials. That has been the case during critical military operations such as the 2017 battle against Islamic State fighters for control of the Iraqi city of Mosul.

“It paralyzed the Iraqis as they were trying to retake the city because we had no answer—an absolutely asymmetric counter by the enemy underneath our air superiority,” Gen. Tony Thomas (Ret.), former commander of U.S. Special Operations Command, said during a talk at SparkCognition’s Time Machine 2019 conference in Austin, Texas. The Mosul campaign has been widely viewed as a precursor for the future of urban warfare and the role of ad hoc drone weaponry. Drones have certainly posed a range of problems since. Bomb-dropping commercially sourced drones have been used to devastating effect in Ukraine, and in 2018 a pair of drones were used in an attempted assassination in Caracas of Venezuelan president Nicolas Maduro.

The regional risk in Iraq and Syria in recent years from modified off-the-shelf quadcopters and their next generation of weapons is emblematic of the Defense Department’s worry about its facilities and personnel at home and deployed around the world. Despite the growing awareness of the battlefield dangers from weaponized small drones, the Pentagon is still trying to come up with a large-scale solution.

After meeting with commanders in the Middle East and Central Asia late last year, the Defense Department’s official in charge of weapons buying, Under Secretary of Defense for Acquisition and Sustainment Ellen Lord, made clear to reporters at a December briefing that countering unmanned systems was a “top priority for the Department.

“The one takeaway from all of my visits is that we need to continue to focus heavily on counter-UAS systems and strategies,” she said.

Spending is one way to measure the Pentagon’s priorities, though in this case funding would seem to be out of step with the potential consequences. For its next fiscal year starting in October, the Pentagon plans to spend roughly $487 million on counter-drone systems, according to an April report from the Congressional Research Service, which offers lawmakers unbiased analysis. That could be on par with what is being spent in 2020, though it is less than half of the approximately $1 billion budgeted in 2019. To be sure, tracking spending on myriad drone defense programs is no easy task, but as a matter of comparison, the Pentagon wants a budget of $9.2 billion for the Missile Defense Agency in 2021.

Organizational focus is another way to gauge whether the Defense Department is going to lead or lag on drone defenses. A reorganized initiative puts a U.S. Army general at the head of the new Joint Counter Small Unmanned Aerial Systems Office, a move that

is designed to produce a much narrower list of programs so that there are prioritized weapons-buying initiatives. “My goal is to make sure we have three to five systems that are tailored to a series of different types of threats, and that we can get the economy of scale, of having a few best systems out there,” Lord told reporters. Under Secretary Lord added she wants to “get those systems into the warfighter’s hands as quickly as possible along, very importantly, with training and a logistics tail.”

During the last few years, counter-drone systems have used different technological approaches. Shoulder-fired jammers like DroneDefender developed by Battelle, which looks like an oversized rifle, have been deployed with U.S. forces. Others like the Marine Corps MADIS (Marine Air Defense Integrated System) have been mounted on small Polaris RZR–style all-terrain vehicles and large Navy ships to neutralize small drones. According to the Congressional Research Service, the U.S. Navy will be testing a pair of directed-energy weapons, including a laser and a “dazzler” to blind drone sensors, aboard the USS Preble next year. The Air Force is also fielding ground-based counter-drone directed-energy weapons.

How fast the new drone office can establish priorities and deliver on these systems remains to be seen. Nonetheless, speed is critical. At the same time as the Pentagon and its suppliers advance, irregular forces and terrorist groups continue to refine small drone tactics from harassment to high-consequence, as the Saudi Aramco attack demonstrated. And for missions like spying and gathering data—key tactics in the AI-driven warfare era—such ad hoc air forces could be as consequential in the information domain as they were when they debuted in Syria and Iraq crudely dropping grenades.

To be clear, how to effectively counter threatening drones is a worldwide question. Advanced militaries in countries like China are developing AI-powered swarms of small drones that will wield similar destructive capabilities as seen in Mosul, but at a scale of hundreds or even thousands of unmanned aircraft in the air at a time. Commercially accessible and open-source swarming algorithms are also proliferating. It’s a reminder that for all the focus on quadcopters, it is the code that powers them that will determine how dangerous the next generation of drones will be—and whether U.S. drone defenses will be ready to meet the threat.

Previous ArticleBuilt For You: The Cities of Tomorrow