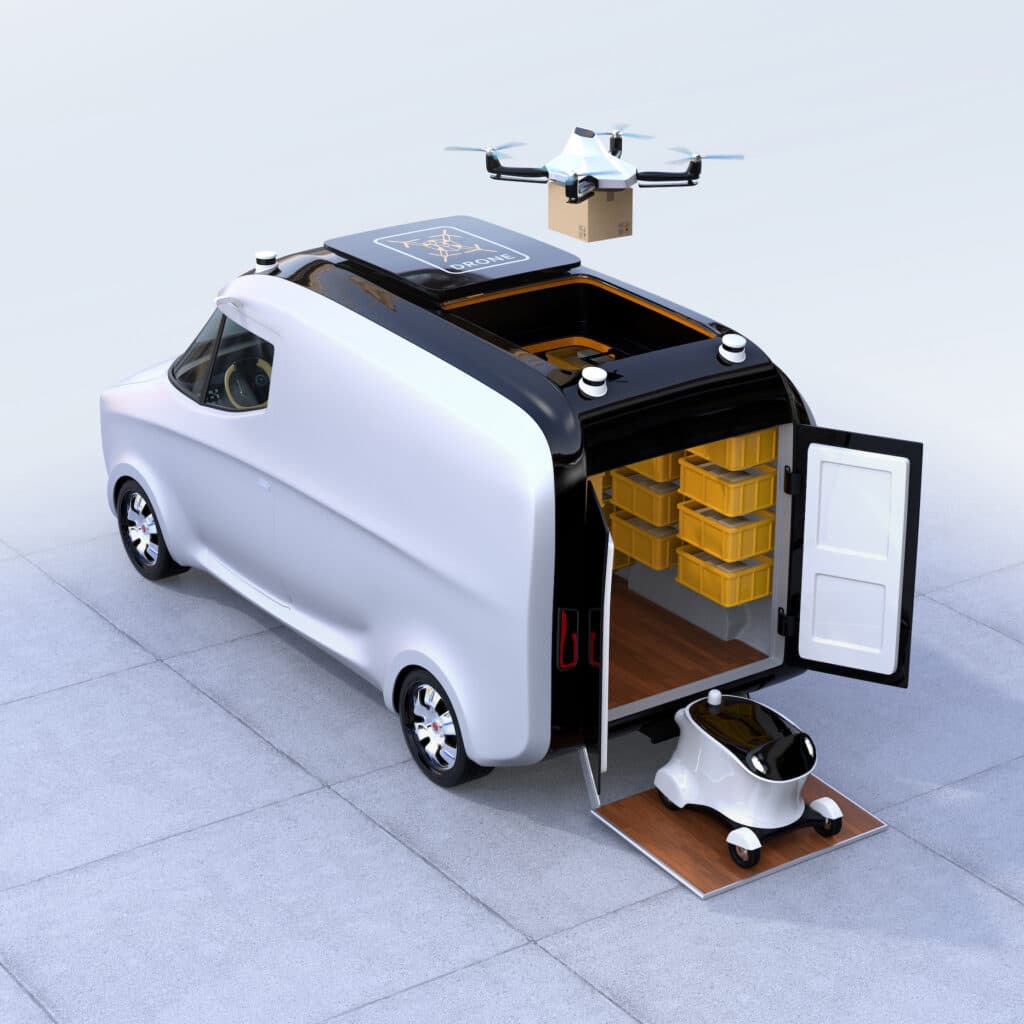 Consumer expectations seem to accelerate at the same pace as technological innovation. Convenience, one of the key dimensions of product quality, is at the heart of this trend, especially in the transportation sector. The development and mass production of autonomous vehicles is almost always at the top of everyone’s mind. Five years ago, The Guardian claimed we would be “permanent backseat drivers” by now. Just imagine Marty McFly’s (from the movie Back to the Future) immense disappointment upon discovering 2020’s current state.

But many technological advances later, consumers are already thinking about another form of convenience: last-mile delivery. Unfortunately, that’s where many businesses fall short. According to a survey commissioned by Convey Inc., 96 percent of respondents considered customer experience important when measuring last-mile supply chain performance. And yet only 5 percent of companies said their current systems “fully support efforts to improve the customer experience.”

If those numbers don’t provoke a fundamental shift in how companies approach last-mile delivery, they risk tarnishing their brands, and cleaning up their reputations will be a long and expensive process. Speedy fulfillment, doorstep satisfaction, and low-to-no-cost shipping are the hallmarks of a successful customer experience. 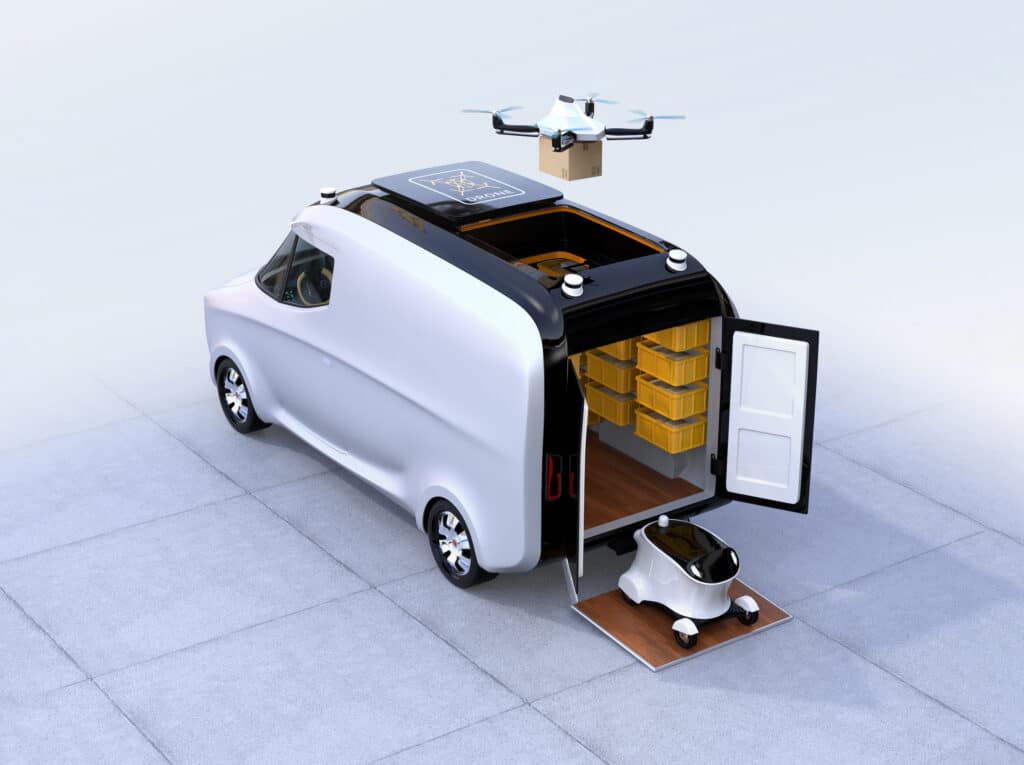 The Convenience and Cost Reduction Game

Not having to leave your house to pick up groceries, electronics, and countless other products was one of 2020’s ultimate conveniences. And at this point, given COVID-19’s untimely grip on the world, it’s practically a necessity, causing a spike in local delivery demand. But even before the current pandemic, delivery services were wildly popular. Just a few taps in your favorite mobile app, and you can be on your front doorstep unboxing your order in as little as two hours.

That’s great for the customer, assuming their package was delivered safely and on time. Retailers, restaurants, and pharmacies, on the other hand, are shouldering almost all the risks and costs associated with delivering goods. For costs alone, last-mile accounts for 50 percent or more of total package delivery costs. Luckily, autonomous delivery vehicles, while still in their infancy, will bridge the gap between cost and convenience while benefiting both customers and businesses. According to MarketsAndMarkets, the current cost for each last-mile delivery is $1.60 via human drivers—and that could be scaled down to a mere $0.06 by utilizing autonomous delivery robots.

ResearchAndMarkets reported that the global autonomous last-mile delivery market is expected to explode from a value of $11.13 billion in 2021 to $75.65 billion by 2030, nearly a 7x increase. Depending on where you live, you may have already noticed an aerial drone, lightweight robots, or self-driving vehicles lugging packages around on public roads and sidewalks—largely in pilot phases, of course.

If you happen to live in Scottsdale, Arizona, or Houston, Texas, you may have spotted a fleet of self-driving Toyota Priuses on your street within the past year or two. You may have noticed smaller, more compact, futuristic delivery vans sharing the road with you as well. Nuro, a well-funded robotics startup in Mountain View, California, founded by two ex-Google engineers, is at the helm of this project.

Their unmanned delivery vehicles are equipped with thermal imaging cameras, long and-short wave LiDAR sensors, and a host of other sophisticated technologies to maintain a 360-degree view of the road at all times. Most importantly, they strictly follow traffic laws and top out at 25 mph, so you won’t catch them zooming across Interstate 10 on their way to a customer’s house. Instead, they stick to the suburbs, roaming around residential streets, mapping the city, and laying the groundwork for future delivery services.

Nuro partnered with Kroger to deliver groceries in the Houston area early last year, and the company recently announced they would be partnering with Walmart to provide similar delivery services to Walmart customers. Interestingly, back in February, the National Highway Traffic Safety Administration (NHTSA) and the U.S. Department of Transportation (DOT) granted Nuro the first federal exemption for a driverless car—a milestone for the industry. Its R2 car will not have to have rearview mirrors or other features needed in human-operated vehicles to be on public roads.

Nuro is far from the only company in this space today, of course. Another major player is Udelv, a company leveraging Chinese search giant Baidu’s open source Apollo platform for autonomous vehicles. Udelv debuted its autonomous Newton vehicle at CES 2019, and Walmart opted to partner with the company in a self-delivery trial program in Phoenix that spring.

And given the potential growth, smaller delivery startups have developed to offer more localized solutions. In some American campus communities from Tempe to D.C., a company called Starship has been autonomizing food delivery for fast food and local delivery restaurants through the use of a small cool-looking robot that navigates sidewalks. A similar enterprise called Kiwibot has been taking that same approach abroad, and it recently brought the company’s tiny cube robots to the Bay Area to serve the UC Berkeley community.

What’s next in the world of ground delivery bots, self-driving trucks, and vans? McKinsey estimates that more than 25 billion packages will need to be delivered in the U.S. over the next 10 years. Cost-reduction potential, as well as the convenience factor, have a wealth of startups and tech juggernauts gaining traction in the autonomous last-mile delivery race.

As transport is considered one of the main pillars of modern economies, the big question revolves around not only how fast these systems are ready, but how quickly consumers will accept autonomous delivery vehicles on public roads. At present, according to a study from the Capgemini Research Institute, 59 percent of people surveyed feel a sense of anticipation about the future of self-driving vehicles. On the flip side, 48 percent feel a sense of fear and 46 percent associate self-driving vehicles with anxiety. These negative emotions are often tied to personally being in an autonomous vehicle and people trusting that it will keep them safe.

However, 49 percent of consumers would be comfortable with self-driving cars running an errand on their behalf without them in the car. Last-mile delivery may not only be a primary role for AI to inhabit within transportation, it could be the introduction much of the public needs to get on board with the idea of autonomous transportation at large.

Once autonomous vehicles are more widely accepted in the coming years, it will be interesting to see how attitudes shift and whether that changes the use cases these autonomous transportation companies focus on. But for now, it seems consumers are most accepting of autonomous delivery vehicles above all else—after all, who could hate pizza being contactlessly delivered to your door?

Previous ArticleEnergy: All in on AI